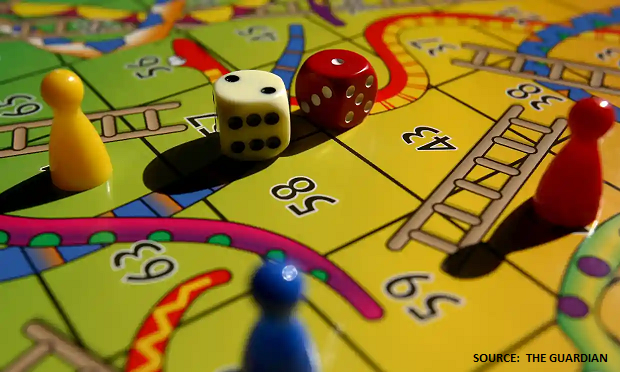 The Brexit debate had appeared to be a simple game of Snakes & Ladders till now.  The Leave campaign landed on the ladders that led to its goal of No Deal, whilst the throw of the dice left Remain on the snakes, tumbling down towards irrelevance.

Yet today, at the very last minute, there are signs that we might instead now be starting to play the far more complex English game of cricket where captaincy is all-important, as one famous Australian cricketer has remarked:

The Brexiters should certainly have won by now, if we were playing Snakes & Ladders.  They landed on a ladder early in the game when premier May set 29 March 2019 as Brexit Day.  By default, this meant the UK would then leave the EU without a deal – unless a Withdrawal and Transition Agreement could be finalised before then.

No Deal is, of course, the Brexiter dream as the leading Brexit economist, Prof Patrick Minford, argued in May when suggesting its result would be:

As I noted in The pH Report at the time:

“Even if May can somehow achieve a deal with the DUP (the Democratic Unionists on whom she depends for her Commons majority), she would still have to agree it with the Leave enthusiasts in the Conservative Party. They are convinced that the real cost of Brexit will be borne by the EU27….

It therefore seems unlikely May can find a deal that is acceptable to the Leavers, given their belief that a “hard Brexit” represents the best negotiating strategy for the UK.”

Today, it is clear that the DUP and the Tory Leavers will indeed vote against May’s Deal next week.

So by now, the Leavers should be celebrating.  But they aren’t.  Somehow leading Leavers such as Boris Johnson, David Davis and Dominic Raab all managed to land on their own personal snakes by resigning from the Cabinet at critical moments.

THE LEAVERS HAVE FAILED TO PRESS HOME THEIR ADVANTAGE 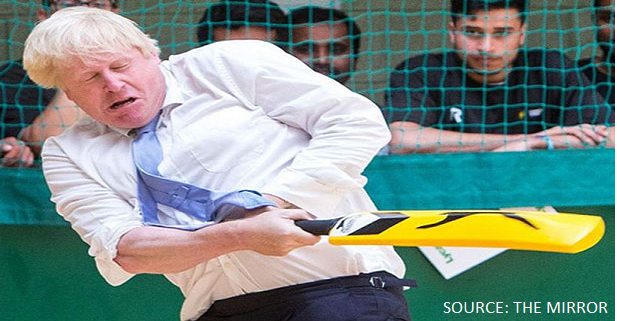 In life, as in cricket, one has to seize the advantage when it comes your way.  This is where the 10% of skill is all important, as it tells you when to grasp the moment.  Clearly Leave, led by the former Foreign Secretary Boris Johnson, has so far failed to hit the all important ball to the boundary and secure victory.

In cricketing terms, Remain may therefore have just managed to avoid an innings defeat, giving them the chance to go into bat again.  Skillful captaincy will then be all-important.  The next few weeks will therefore be the most critical period for the UK economy in recent history as competing visions of the future battle it out:

3 Scenarios therefore seem possible over the next few weeks.

SCENARIO 1 – MAY LOSES NEXT WEEK’S VOTE, AND LOSES A NEW VOTE IN JANUARY
A week is a long time in politics, but it seems relatively safe to say that May is unlikely to win next week’s Commons vote on her Withdrawal Agreement. Her aides, however, have been busy playing up the likely size of her defeat, suggesting she could lose by 100+ votes.  And so, politics being politics, they will likely spin this as a success if she now loses by “only” 50 votes.

In turn, this would probably enable her to defeat a motion of No Confidence, and then bring a slightly modified version of the Agreement back for a new vote in January.  At that stage, it would be too late for any new deal to be agreed with the EU27.  So if she then loses this second vote, the Brexiters will win by default.  No Deal would become almost inevitable on 29 March.

SCENARIO 2 – MAY WINS A NEW VOTE IN JANUARY
UK politics is tribal, as I have been told many times over the past 2 years by leading MPs from all parties.  As such, it is very, very difficult for a Tory MP to vote to bring down their government.  So if May does “only” lose by less than 50 votes next week, then it is also possible that the Christmas break would provide time for reflection and give her a small majority in a second vote.

This, of course, would still mean the UK exiting the EU on 29 March.  But in cricketing terms, it would essentially be a draw – where neither side could claim victory, due to the Irish “backstop” (originally a cricket term).  In today’s Brexit version, it means that the UK would be bound to the EU unless and until the 27 agreed that the nightmare of a hard Irish border had disappeared.

Scenario 1 is clearly the most likely outcome.  But the current row over the legal advice being given to the government gives Remain the chance to build a solid opening stand in the battle for a new People’s Vote.

It is a complex legal area, as the timeline from the House of Commons Library confirms, which is why skilful tactics by the Remain captain, Sir Keir Starmer, will continue to be critical:

In the background, however, is the key fact that an overwhelming majority of MPs voted to Remain.  It is therefore not impossible that they could force a new referendum – particularly as the first was only “advisory”.  Remain would then have to campaign positively on the issue of peace and prosperity – as I argued here in May 2016.

But then, at least, the British people would have a real chance to decide on the future they wanted for themselves and their children.