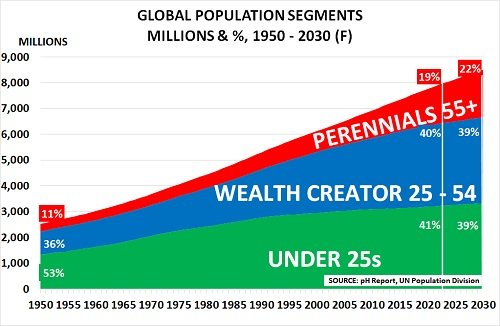 Last week saw the global population reach 8bn. Yet as recently as 1950, it was just 2.5bn. Nothing like this rate of growth has ever been seen before in world history. Until recently, this growth in population translated into economic growth. But not anymore.

The chart shows this growth broken down by key segments: 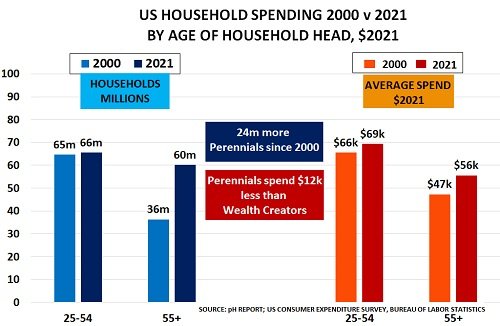 The issue is that Wealth Creators and Perennials have very different spending patterns:

The chart confirms this change, comparing US consumer spending in 2000 versus 2021:

Of course, as the chart also shows, Perennials’ spend is rising at the moment. Wealth Creators don’t suddenly cut their spending when they reach the age of 55. But by the time they are 75+, they are spending 45% less than Wealth Creators. 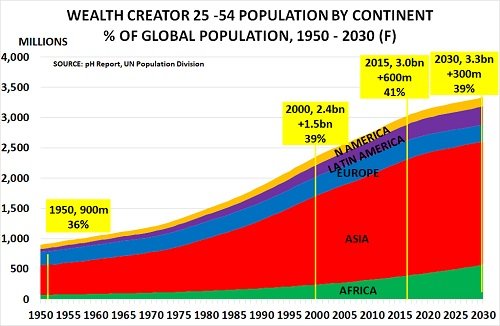 The changes taking place in the USA are a model for the rest of the world. 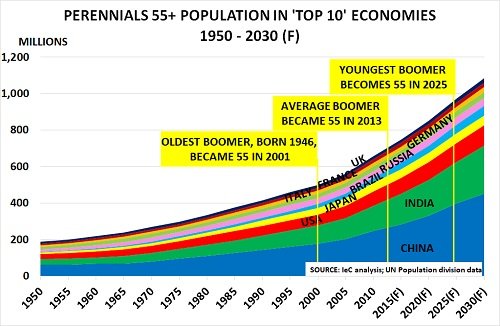 And economic growth is slowing at the same time. The world’s Top 10 economies are 2/3rds of the global economy. So they have an outsize influence: 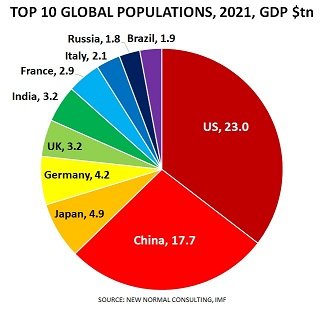 Total GDP in the world’s Top 10 economies was $65tn last year, as the chart shows. And only one of them is still seeing major growth in the Wealth Creator generation.

But India is very poor, with GDP/capita of just $2227 last year.  By comparison, America’s aging population had a GDP/capita of $69k.

Underlying growth has been slowing since 2000 as more people joined the Perennials generation. Now, the bursting of the central bank stimulus bubbles – combined with the impact of Russia’s invasion – will likely cause the global economy to go ex-growth.