Skip to content
Home / “Things get to a point where you have to do the right thing”, Lord McDonald, former head of the UK Foreign Office 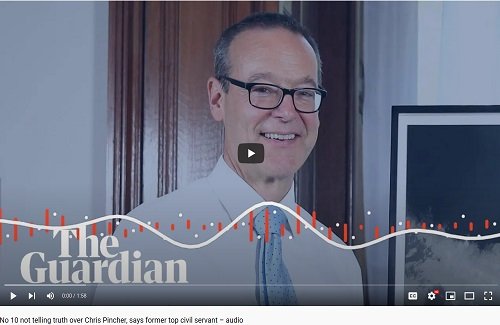 Boris Johnson is finally being forced to resign as UK premier, even though his actual departure date is still not agreed.  Will things change, as and when he is finally replaced in September?

It is hard to be optimistic. After all, it took an intervention by a retired civil servant to finally remind the politicians of the need to enforce standards in public life, as the BBC interview with Lord McDonald confirms. 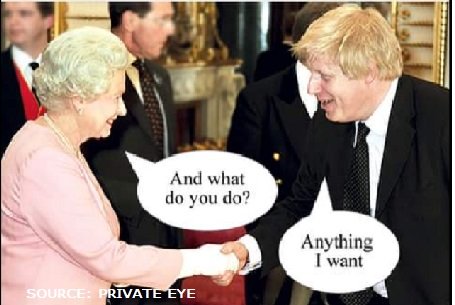 The cover from the UK’s Private Eye magazine sums up the core problem. Many people agreed that he was not fit for office. But others would argue that “he had got Brexit done” – and chose to ignore his obvious failings.

These supporters continue to see Brexit as a great success, despite all the evidence to the contrary. Crops are even being left to rot in the fields because the government refuses to provide visas for foreign agricultural workers:

And yet the UK relies on EU countries for peak supplies of both gas and electricity.

The process for electing Johnson’s successor will not be finalised until Monday night. But it seems it will have two stages:

There are only around 180k Party members. So effectively a minimum of 90k people will choose the next prime minister of a G7 country with a population of 67 million.

This, of course, is why many now describe the Conservatives as being the English National Party. Research suggests that its membership is very different from the wider population:

There are 5 main candidates to succeed Johnson, as shown in the photo – Nadhim Zahawi, Liz Truss, Sajid Javid, Suella Braverman and Rishi Sunak. But there could easily be a surprise.  Constituency members are well to the right of the MPs – who are elected by the voters.

The election’s timing could hardly be worse, with Johnson now just a caretaker premier. Russia is threatening food and energy security by cutting fertiliser and gas supplies. The UK should be working very closely with the EU on these critical issues. But instead, we may well see candidates attack the Protocol and the EU to win constituency support.