Skip to content
Home / “We may be opponents, but we are not enemies, we’re all Americans”

Groundhog Day 2, last week’s made-for-TV movie set in Pennsylvania, was the perfect lockdown choice. Every morning, one could check the vote tallies. And every evening one could go to bed, knowing that the same screens would be repeating in the morning. Until, eventually, we finally awoke this morning, like Bill Murray in the original movie, to a new world – perhaps older and wiser.

It was also the perfect journey from the noise and tumult of the Trump years to the quieter, more serious world of Joe Biden. Friday was the anniversary of Lincoln’s Presidential win in 1860, and Biden’s speech claiming victory reflected this historical parallel. As his comments in the title of this post remind us, opponents aren’t enemies. 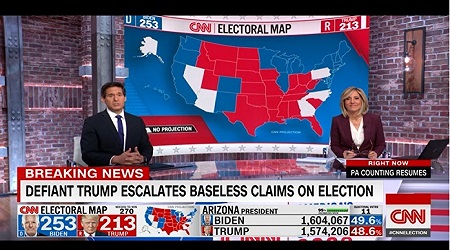 THE POSITIVES FROM THE ELECTION
Remarkably, the election turned out to be a great advertisement for democracy. As Winston Churchill wisely said:

“Democracy is the worst form of government, apart from all the others”

Yes, it took a long time to count all the votes. But that was a good thing, as it was due to turnout being the highest for 120 years.

It was also remarkably smooth, given the vast number of people who wanted to vote – and the record number of mail-in votes. Local communities could have been forgiven for being overwhelmed, but they prepared thoroughly and were clearly all focused on “doing it right”. The patience of people waiting to vote was also remarkable. Plus, let us not forget the personal bravery of people who were worried by the risk of Covid, but still preformed their civic duty.

The networks also did a good job, explaining why the vote would take time, and why it would take days to count all the votes, rather than hours. They, and the election officials, also called out lies as they emerged, rather than repeating them on the basis they had to give “both sides of the argument”.

Even Facebook and Twitter belatedly accepted their editorial duty and highlighted lies when they surfaced. Twitter also banned the account of Steve Bannon, former chief strategist to the President, after he called for the execution of health expert Dr Fauci and FBI chief Christopher Wray. 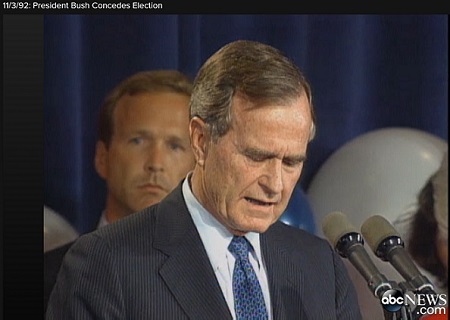 THE NEXT FEW WEEKS MAY BE DIFFICULT
It would have been gracious of President Trump to follow tradition and concede defeat. But as I suggested last month when forecasting a Biden win, this was never likely. We now have 10 potentially difficult weeks ahead. The best outcome for America would be to follow the Nixon precedent – with President Trump resigning and being pardoned by the interim President Pence, for any crimes he may or may not have committed, .

Otherwise, the risk is that the former President may end up spending much of 2021 in court. This has the potential to create a major distraction, when the country needs to focus all its energy on the challenges that it faces. Biden, to his credit, focused on these in his speech – the Covid pandemic, the economy, climate change and systemic racism. These are clearly the priorities for the next 4 years, and beyond.

There is also the immediate test of the Senate run-off elections in Georgia, which will decide whether Biden has a majority in the Senate for his domestic programme (with Kamala Harris able to use her casting vote as Senate president to break any ties).  One can only hope that the competing teams will campaign hard, but remember that opponents are not enemies.