Skip to content
Home / OPEC set to lose out as Biden, EU and China focus on Climate Change opportunities 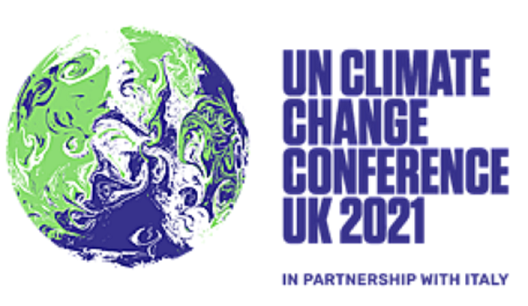 OPEC used to dominate global oil markets. In the early 1980s, there was even talk of another OPEC cartel to control gas prices. But those days are long gone.  Instead OPEC members such as the UAE are increasingly aware they have only a limited time left to monetise their vast reserves of fossil fuels.

This is actually not a new revelation for some OPEC members.  Back in 2016, Saudi Arabia’s then deputy Crown Prince, Mohammed bin Salman, had signed off on an ambitious Vision 2030 for the Kingdom that argued:

“Within 20 years, we will be an economy that doesn’t depend mainly on oil…We don’t care about oil prices — $30 or $70, they are all the same to us. This battle is not my battle.“

And he went even further when talking to The Economist, suggesting he wanted to create:

But when President Trump took office, the momentum behind these initiatives stalled.  It was far easier, after all, to believe that the US would be able to roll back the tide in terms of the Climate Change agenda, and create a new opportunity for oil and gas to flourish:

But now, reality is catching up with them again, and quickly. 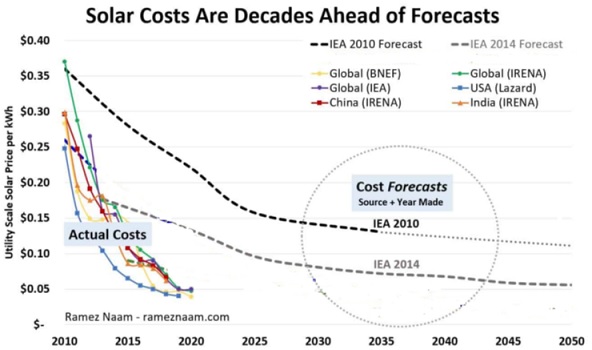 In terms of domestic politics, President-elect Biden owes no favours to US oil-producing states such as Texas.  And his international agenda has a clear focus on rejoining the Climate Agreement and reviving the Iran nuclear agreement.

Biden is also clear that the US needs to reassert its leadership on the Climate Change issue, ahead of Glasgow’s UN Climate Change Conference in November.  China’s President Xi has already announced China’s commitment to net zero by 2060. And the European Union has made its Green Recovery Plan key to its response to the pandemic.

Biden understands that renewables, not fossil fuels, are key to job creation in the industries of the future.  As the chart shows, prices for wind and solar are now less than 25% of forecasts made in 2010. And those forecasts were for 2035, not 2020.  In the summer, for example, Portugal bought solar power for just €11.14/MWh, and is on track to have 80% of its energy from renewables by 2030.

Similarly, as I discussed last month, European oil companies are accelerating the pace of refinery closures, as Electric Vehicle adoption takes off.  Shell will have just 6 global refineries in 2025, versus 54 as recently as 2005.

Oil prices have not yet woken up to this new reality.  Instead, the hedge funds are back playing their games in the futures market, where they dominate trading. Selling the dollar and buying oil has long been a favourite theme for them, as Reuters reported in 2017, after they had tried a similar tactic:

“OPEC and some of the most important hedge funds active in commodities reached an understanding on oil market rebalancing during informal briefings held in the second half of 2016…. OPEC effectively underwrote the fund managers’ bullish positions by providing the oil market with detail about output levels and public messaging about high levels of compliance”.

But there is a limit to how long oil prices can continue to rise, with the pandemic set to further collapse demand in Q1.

Lower prices will then highlight that energy abundance is a key paradigm change in today’s New Normal. Smart companies who understand the opportunities that this creates will likely be Winners for decades to come.