Skip to content
Home / Oil markets, OPEC, enter the endgame for the Age of Oil

2 major events shocked oil markets last week. They marked the start of (a) the endgame for the Age of Oil and (b) the paradigm shift to the Circular Economy and the new Age of Energy Abundance.

The new ‘Net Zero by 2050’ report from the International Energy Agency (IEA) was the first shock:

The IEA’s answer not only confirmed the answer is ‘yes‘. It also warned that there is no time to lose. We have to start today. And the good news (for everyone by oil/gas producers) is that: 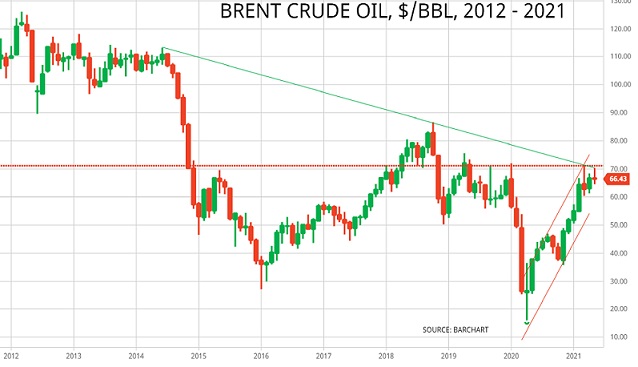 And then there was the second shock, which provides the catalyst for the start of the paradigm shift.

The world is now looking at a rapid move to oil market over-supply, as Iranian oil returns to the markets. As Russia’s chief negotiator for the Iran nuclear deal tweeted last week:

“The JCPOA participants at their meeting today noted that “good”or “significant” progress was made and that an agreement is “within reach”.  The Joint Commission will resume its work early next week. Hopefully the 5th round will be final.”

This will almost certainly mark the end of the recent oil rally, which was already running out of steam as the chart confirms:

OPEC faces a “make or break” meeting next month. Does it reduce output to support prices as Iran returns? Or will its members recognise the need to sell oil whilst they still can, as the world moves to a Circular Economy and an era of Energy Abundance?