Almost every day now sees a car company rushing to announce its plans to boost Electric Vehicle (EV) output. And key OPEC members – such as the UAE – are starting to recognise they have only a few years left to sell their oil, before the market disappears.

Last May, the influential International Energy Agency forecast that:

If anything, this now looks like an under-estimate as the pace of change intensifies.

Stellantis, the world’s No 4 automaker – owner of Fiat Chrysler, Peugeot and Renault – was the latest to announce last week. It plans to spend €30bn by 2025 on electrifying its fleet. As CEO Carlos Tavares noted:

“This transformation period is a wonderful opportunity to reset the clock and start a new race. The group is at full speed on its electrification journey.”

All the other major automakers are racing alongside, as GM’s charts confirm.  They highlight the rapid expansion now underway in new EV models in the USA and China from 2020, through 2022 to 2025:

OIL AND CHEMICALS MARKETS WILL NOW BE IMPACTED 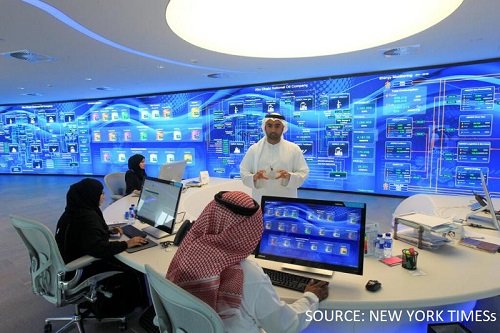 The whole auto supply chain is also now about to see major disruption. Transport is 2/3rds of oil demand.  So as the move to EVs accelerates, demand for oil will inevitably start to collapse.

The writing has been on the wall for sometime, as I have discussed here before.  Now the debate is out in the open, as the Wall Street Journal headlined after last week’s OPEC+ meeting broke up without agreement:

“U.A.E. wants to pump more now, so it can invest in diversification before oil demand diminishes”

The UAE has been preparing for this moment for several years, as the New York Times reported:

“It has also made large investments at home and abroad in renewable energy like wind and solar ahead of regional rivals. It has built up two investment funds, the Abu Dhabi Investment Authority and the Mubadala Investment Company, that have an estimated $900 billion in assets.”

Now the impact of electrifying the car fleet is become more obvious.  The US suppliers association has already suggested that 30% of its members could go out of business.

EVs are inherently simpler to make and maintain. So many chemicals currently used to cool autos, and operate their 2000+ moving parts, will no longer be needed.

EVs will also likely last >300k miles rather than today’s 200k, and not need need such regular servicing.

Similarly, the chemicals industry is at a cross-roads, with Winners and Losers starting to appear:

This is the strategy being used by the major automakers. They are using their profits from gasoline/diesel sales to finance the development of EVs and Autonomous Vehicles.

It is never easy to recognise that the future is likely to be very different from the past. The key issue is that there are exciting times ahead for those who look to the future, rather than back to the past.

The post Oil markets enter the endgame as car companies rush to electrify appeared first on Chemicals and the Economy.