Sign up for new blog post alerts
Home / What would another 4 years of President Trump’s policies mean?

50 million Americans have already voted in the Presidential election. Turnout is on course to be the highest percentage since 1908. This week we analyse President Trump’s agenda if he is re-elected. Next week, we will look at Joe Biden’s alternative for the country. 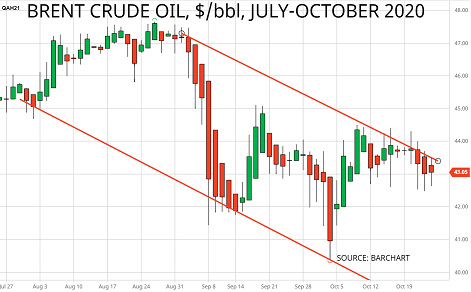 Prices slipped again during the week to $41.59/bbl as US rigs came back onstream after hurricane Delta, and Libya planned to raise oil output to 1mbd within a month.

If re-elected, President Trump will continue his support for the fossil fuel industry. It is key to his “America First” agenda, where abundant energy leads companies to reshore jobs to the USA, whilst energy exports increase American influence abroad. As VP Mike Pence noted “We’re going to have more fracking, more American energy, energy independence for this generation and generations to come.”

Politically, the President will also continue to pressure Saudi Arabia to ensure that the OPEC+ cartel keeps oil prices at a “happy medium” around $40/bbl – high enough to support the US oil industry, but low enough not to hurt the American consumer. The current weak demand outlook means he will likely have to pressure  OPEC+ in the New Year to continue their production quotas, so as to protect US output.

In 2016, Candidate Trump campaigned on the slogan “Trump Digs Coal”, promising to revive the coal industry. But US coal production has still fallen from 897 MT in 2015 to just 426 MT this year to date. Support from a re-elected President Trump would be no guarantee that the oil and petrochemical industries will avoid a similar fate. 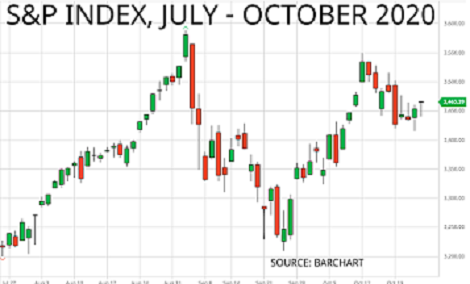 The Index closed down 0.5% at 3465, with the VIX volatility index up a similar amount.

These factors would no doubt take valuations even still further from any link with the real world. But that is unlikely to bother the President. He sees a rising stock market as evidence of his success, no matter if it requires the market’s role of ‘price discovery’ to be abandoned. 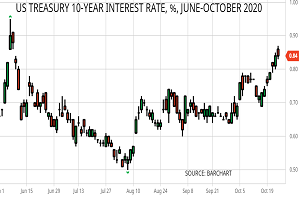 As discussed above, a Trump second term is highly likely to see the Federal Reserve continue its role of cheer-leader for the President’s policies. Increased stimulus would seem almost inevitable in these circumstances.

This would no doubt mean a relatively quick move to the long-discussed ‘Yield Curve Control’, where the Fed would buy long-dated Treasuries to keep 30-year rates low. After this, negative interest rates would seem the logical next step. 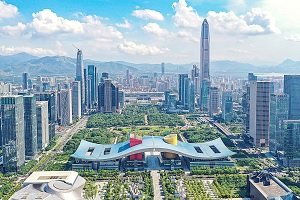 Whilst the USA is gripped by the election, President Xi Jinping was visiting Shenzhen to mark the 40th anniversary of China’s “Opening-Up” to the world under Deng Xiaoping.  In 1980, Shenzhen was a sleepy fishing village opposite Hong Kong, where President Xi’s father was put in charge of the most rapid modernisation programme that the world has ever seen.

40 years later, his son was in town to announce that Shenzhen would once again become the focus of economic reform in China:

“We need to unswervingly implement an innovation-driven development strategy to foster new engines and new trends, so as to build a technological and industrial innovation high-ground with global influence”.

Shenzhen established China’s first Special Economic Zone. It will now  be greatly expanded, and be given legislative powers – a first in China. The idea is that it will build on Huawei’s presence in the city to become China’s centre for technology innovation.  Shenzhen will also take a lead regionally, hosting the leaders of Hong Kong and Macau to plan rapid expansion of the Global Bay Area economy.