Christmas pantomimes have been cancelled due to the pandemic. But since March, investors have been clapping for their “good fairies”, OPEC and the Fed, to keep market prices flying higher. 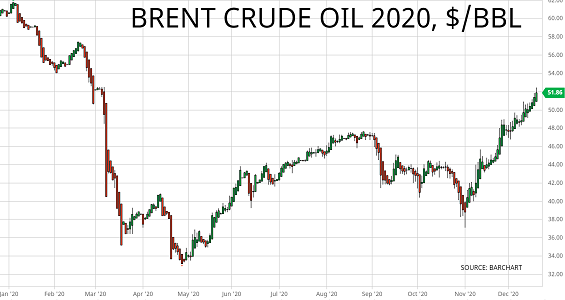 Brent had its seventh up-week in a row, closing at $52.26/bbl as the hedge funds continued their ‘Sell the US$: Buy oil‘ play.

This ‘fun and games’ has distracted from 2020’s key development, namely the looming end of the Oil Age. As we have forecast, this is being driven by economics, as battery prices confirm:

They are now closing in on the “breakeven price” of $100/kWh for Electric Vehicles (EVs) versus Internal Combustion Engine (ICEs) cars, which will likely be reached by 2023. At this point, new car buyers will start “voting with their wallets” for EVs, especially as ICE resale values begin to collapse. Businesses currently dependent on ICE sales now have only a limited time to reinvent themselves, before their industries disappear.

WATCH FOR: OPEC+ and the oil industry to slowly realise that their core transport market is about to disappear. 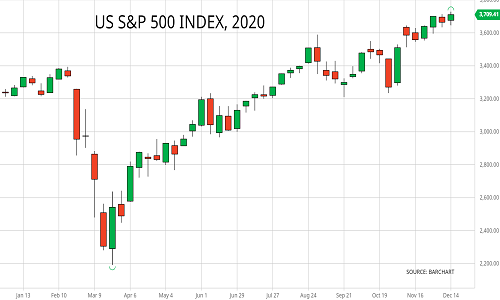 The standout feature of 2020 has been the market’s “last hurrah” for the Fed’s stimulus efforts. The March downturn led Jay Powell to come to its rescue yet again, based on former Fed Chairman, Ben Bernanke’s idea that:

But in reality, the GINI Index of US income inequality has been increasing for the past 20 years, since Alan Greenspan invented the “Fed put” concept. The Biden administration will likely want to see the pendulum swing away from Wall Street, back to Main Street. 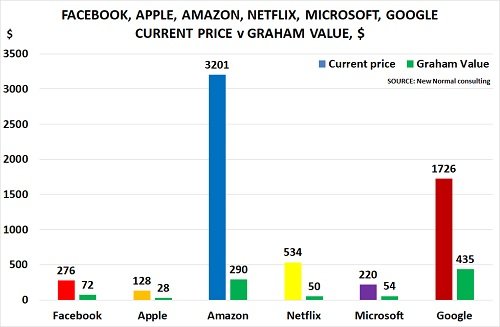 We complete our series on FAANMG valuations, using the Ben Graham formula. Microsoft and Google are left for analysis:

Overall, the 6 FAANMGs are now a record 650% above their Graham Value.

WATCH FOR: Fundamental reality to start to dawn, as it always does, in the end 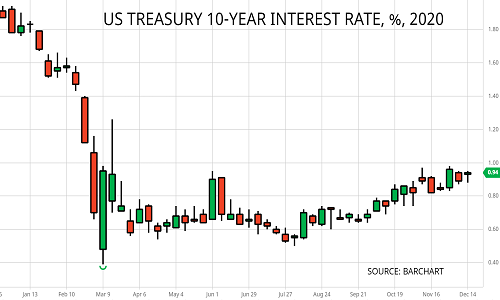 The key moment for bond investors in 2020 was the Fed’s March decision to start buying $13.4tn of corporate bonds to protect the stock market:

In turn, of course, it removed investment risk from the market, as investors assumed the Fed would always be happy to buy their mistakes.

WATCH FOR: More questions being asked about the Fed’s legal basis for doing this (spoiler alert, there isn’t one). 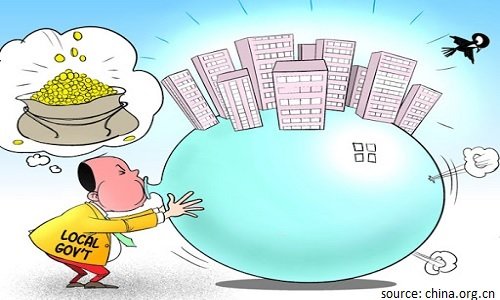 As in 2009, China is leading the global economic rebound. But this time, President Trump’s trade war means it is focusing on domestic growth via the ‘dual circulation’ strategy:

The 2020s will therefore be quite different from the 2010s, as the new strategy is focused on the 560m people who live in the rural areas. Their disposable incomes average just $2400/year, around 1/3rd of those in the cities.

WATCH FOR: More defaults in China’s over-leveraged construction/property sector, and a new focus on ‘value for money’ products and services.

Many thanks for your support in 2020. We look forward to working with you again in the New Year, and will return on 4 January 2021.