Skip to content
Home / Will stock markets see a Minsky Moment in 2020?

Few investors now remember the days when price discovery was thought to be the key role of stock markets. Instead, we know that prices are really now set by central banks, on the model of the Politburo in the old Soviet Union.

How else can one explain the above chart? It shows the US S&P 500 Index has risen 50% over the past 5 years, even though US corporate profits have fallen 5% (using US Bureau of Economic Analysis data).

As in the old USSR, central banks have also abolished “bad news”.

All news is now good news, as any ‘bad news’ means the Federal Reserve will rush to provide more price support. It has been so successful that the Index hasn’t even suffered a 20% correction over the past decade, as my Chart of the Decade confirmed.

But does this mean that stock markets will never fall again?  That is the real question as we enter 2020.

We also know that President Trump believes a strong stock market is key to his re-election this year. His Trade Adviser, Peter Navarro, has already suggested 2020 will be another record:

Certainly investors seem to be very positive, as the above charts confirm.  Share prices for the FANGAM stocks – Facebook, Apple, Netflix, Google and Amazon stocks have soared to new heights:

This wonderful performance took place even though Apple’s net income has fallen for the past 4 quarters. It is also hard to argue that Microsoft or the other FANGAM companies are suddenly about to see supercharged growth.

So is there a negative side?  Maybe old-fashioned investors were simply wrong to believe stock markets’ key role as price discovery and the efficient allocation of capital? 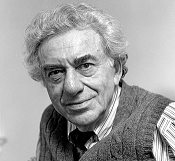 If one wants to worry, one has to instead look to the insights of Hyman Minsky, who warned that:

His argument was that liquidity is not the same as solvency. Central banks can pump out trillions of dollars in stimulus, and make it ridiculously easy for companies to justify new investments. It is hard to argue with a CEO who claims:

“Why not borrow, as it’s not costing us anything with today’s interest rates“.

But what happens if the earnings from the new investments are too low to pay the interest due on the debt?

That is the risk we face today, given there is now a record $3tn of BBB grade debt – the lowest level of ‘investment grade’ debt. If some of these companies start to default, then confidence in the central banks’ ‘new paradigm’ will quickly disappear – and, with it, market liquidity

Investors will then find themselves unable to sell the under-performing asset, and suddenly realise they have over-paid.  In turn, this will prompt a rush for the exits. Prices will drop quite sharply, as ‘distress sales’ start to take place.

China’s former central bank governor has already warned that it may be facing its own Minsky Moment. As investors finish celebrating their 2019 success, they might find it prudent to ponder whether the good times can really continue forever.