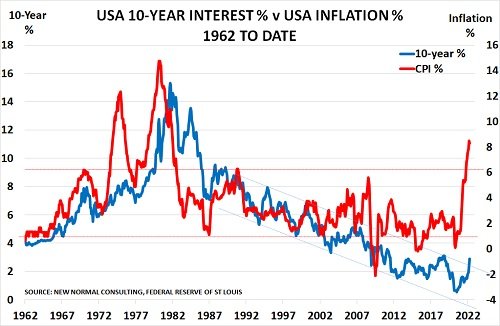 “All markets based on price discovery are alike. All stimulus-based markets are at risk in their own way”. This paraphrase of Leo Tolstoy’s famous quote highlights the risk for investors as the US Federal Reserve abandons its support for financial markets.

Almost unnoticed, Paul Volcker has replaced Alan Greenspan as the role model for the world’s central banks. And markets are starting to return to their true role of price discovery.

The good news is that central banks have pivoted to focus on inflation. As US Federal Reserve chair Jay Powell and Bundesbank President Joachim Nagel made clear this month, they are now set to “normalise” monetary policy:

But the bad news is that most analysts have never worked in a world where the Fed focuses on inflation. So they simply don’t understand what might happen next.

The risk is that we are now seeing the ‘3 Horsemen of the Apocalypse’ – pandemic, war and potential famine – continuing to gain strength. And they could push inflation, and interest rates, very much higher.

“PUTINFLATION” IS NOW A MAJOR RISK FOR US STOCK  MARKETS 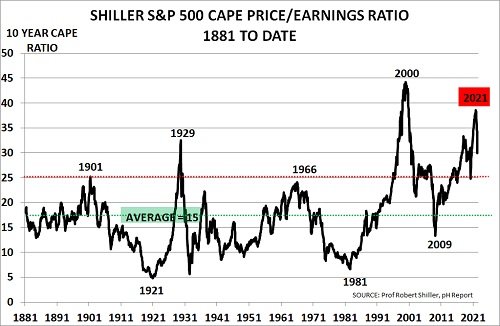 This issue is simple, as the chart shows. It highlights the market’s valuation going back to 1881, based on Nobel Prizewinner, Prof Robert Shiller’s CAPE Index.

It shows that the Fed’s stimulus programme took valuations to the second-highest level in history:

This is why we worry about traders’ lack of experience.

Anyone who remembers the 1970s would know that the risk of a stock market downturn is now very high. But younger people only know the world of Alan Greenspan and Ben Bernanke, who believed that:

If they were still in charge, then the Fed would already be doing more stimulus to keep markets moving higher. 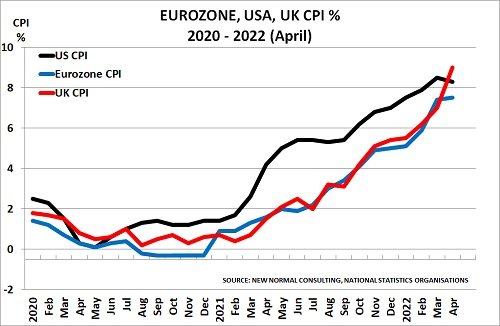 But they have gone. And today’s central bankers are now very nervous about inflation.  It was rising before Ukraine was attacked as the chart shows. And now there is a major risk it could hit double figures – thanks to “Putinflation”:

US STOCK  MARKETS ARE STARTING TO FALL 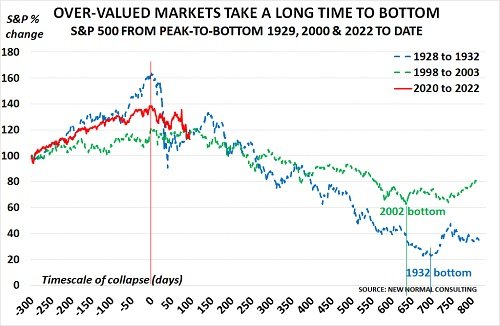 The issue is that markets have returned to the 1970s. They have to cope with “Putinflation”, recession, rising interest rates and energy prices – as well as geopolitical and nuclear risk. Unfortunately, today’s traders do not even have the experience of the 1960s as a guide, having lived in a different world for 20 years.