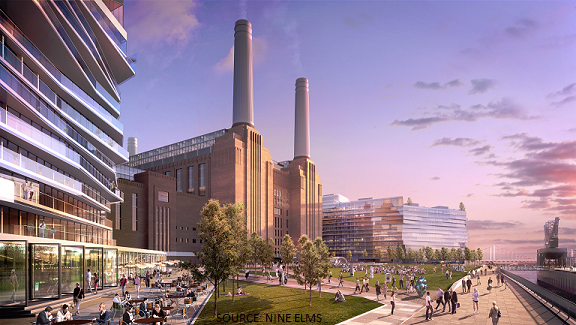 London’s housing market was always going to have a difficult 2017. As I noted 2 years ago, developers were planning 54,000 new luxury homes at prices of £1m+ ($1.25m) in central London, which would mainly start to flood onto the market this year.

They weren’t bothered by the fact that only 3900 homes were sold in this price range in 2014, or that the number of people able to afford a £1m mortgage was extremely limited:

□ The idea was that these would be sold “off-plan” to buyers in China and elsewhere
□ They had all heard that London had now become a “global city” and that it offered a safe home for their cash
□ There was also the opportunity to “flip” the apartment to a new buyer as prices moved higher, and gain a nice profit

Of course, it was all moonshine. And then Brexit happened. As I warned after the vote, this was likely to be the catalyst for the long-delayed return of London’s house prices to reality:

□ “Many banks and financial institutions are already planning to move out of the UK to other locations within the EU, so they can continue to operate inside the Single Market
□ There is no reason for those which are foreign-owned to stay in the country, now the UK is leaving the EU
□ This will also undermine the London housing market by removing the support provided by these high-earners
□ In addition, thousands of Asians, Arabs, Russians and others will now start selling the homes they bought when the UK was seen as a “safe haven””

Confirmation of these developments is now becoming evident. A new study from the Bruegel research group suggests up to 30,000 bank staff and £1.5tn of assets could now leave London, as it becomes likely that the UK will not retain the vital “passport” required to do business in the Single Market after Brexit. This would be around 10% of the estimated 363k people who work in financial services in Greater London.

They will also likely be more senior people, able to afford to buy London homes with cash from their annual bonuses, rather than the more junior people who need to rely on a mortgage based on a multiple of their income. And there is no shortage of tempting offers for these bankers, with Frankfurt, Paris, Amsterdam and Dublin all lobbying hard for their business.

Now, another threat has emerged to prices, in the shape of China’s new capital controls. China has seen its foreign exchange reserves tumble by $1tn over the past 18 months, due to its revived stimulus programme. January data showed they were now just below $3tn, perilously close to the $2.6tn level that most observers suggest is the minimum required to operate the economy. As we have reported in The pH Report:

The rationale is simple. The country can no longer afford to see money disappearing out of the country for purposes which have nothing to do with the real needs of business. And the impact on London’s property market (and that of other “housing bubble” cities such as New York, Singapore and Sydney) could be huge, as Chinese have been the largest buyers of new residential homes globally according to agents Knight Franks – and were responsible for 23% of commercial deals in central London last year.

Central London prices fell last year by 6%, and by 13% in the most expensive areas according to agents Savills. And now London’s Nine Elms development (pictured) at the former Battersea Power Station has just revealed a serious shortage of new buyers.

It was intending to build 3800 new homes, and originally found an enthusiastic response back in 2013 when the first 865 apartments went on sale. But 4 years later, just 1460 homes have been sold in total – and yet residents are supposed to be moving into the first phase later this month. Even worse, 116 of these original sales are now back on the market from buyers who no longer wish, or can afford, to take up residence.

Some of these buyers have already taken quite a hit on price. As property journalist Daniel Farey-Jones reports, one anxious seller originally listed his apartment for sale at £920k. Having failed to sell, he had cut the price by Friday to £699,995 – a 24% reduction.

Nine Elms is just one of many sites where developers are anxiously watching their cash flow, and hoping a flood of new buyers will rush through the doors. Sadly, they are not the only ones who may soon be panicking.

In recent years, large numbers of home buyers – many of them relatively young and inexperienced – have been persuaded to buy unaffordable homes on the basis that London prices could never fall. I fear that, as I have long warned, they are now about to find out the hard way that this was not true.