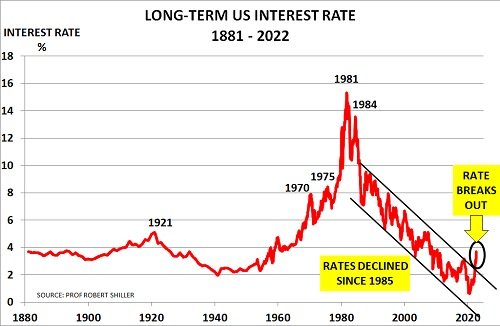 US 10-year interest rates remain key to the outlook as the benchmark for world markets and consumer demand. And as the chart shows, they are now breaking out of their 40-year downtrend on the upside. In turn, they are supporting the US$ – and adding to the downside pressure on the stock/housing market bubbles created by 2 decades of central bank stimulus.

The issue is that the world is once again grappling with high and rising inflation, caused by an external energy shock. In the 1970s/80s, it was OPEC’s quotas on oil output.  Today, it is the natural gas shortage allied to OPEC+ quotas.

So although most commentators continue to assume inflation will soon retreat, history suggests the opposite outcome is more likely.

In turn, this highlights the need to think through second and third-order impacts, as the “virtuous circle” created by stimulus starts to turn “vicious: 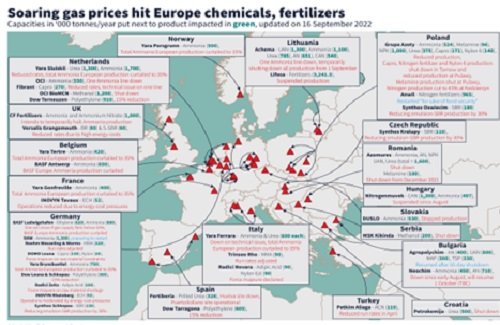 These issues are already having a ripple impact in the wider landscape, to the “surprise” of many players:

In the longer term, this will accelerate the process whereby markets rediscover their key role of price discovery, in both developed and emerging markets.

But this is likely to be a bumpy “two steps forward, one step back” type of process.  As we are already seeing, political pressures are starting to play an important role. These will create sudden and unexpected swings in impacted sectors:

Unfortunately, history tells us that such desperate measures are doomed to failure. 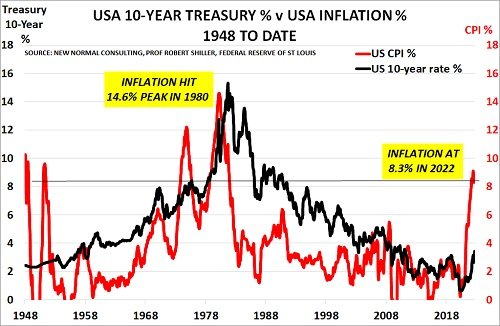 The reason is that when things get desperate, it is essential to tackle the real causes of the problem. In this case, its the very worrying rise in inflation.

Breaking out of a 40-year downtrend doesn’t happen every day. When it happens, the next moves are usually very sharp and very violent – as we are now seeing with the 10-year rate now rising very quickly. How high could it go?

US inflation was last at 8.3% in January 1982. And then, the 10-year yield was 14.6%, as the chart confirms. History may not be a perfect guide, but it is usually the best that we have. So it might be worth planning for rates to go much higher than most “experts” expect, now that they have broken out of their downtrend.