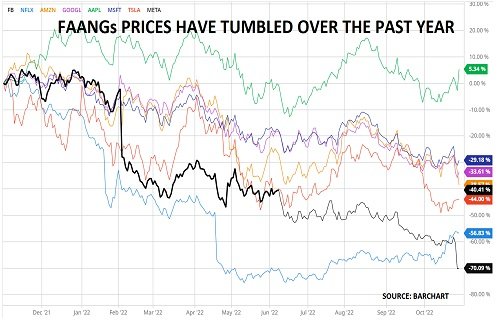 A year ago, investors couldn’t stop buying the FAANG tech stocks – Facebook, Amazon, Apple, Netflix and Google, plus Microsoft and Tesla. Urged on by the media, they decided prices could never fall. But since then, the bubble has begun to burst quite spectacularly. And as I have suggested since January, more declines seem inevitable as valuations begin to return to more realistic levels:

The problem is that investors have forgotten how to actually value a company’s earnings. Instead, they have been trading on ‘the bigger fool theory’ based on momentum. Essentially their “analysis” was very simple:

“As long as I can find another idiot to buy from me at a higher price, I’m going to be okay.” 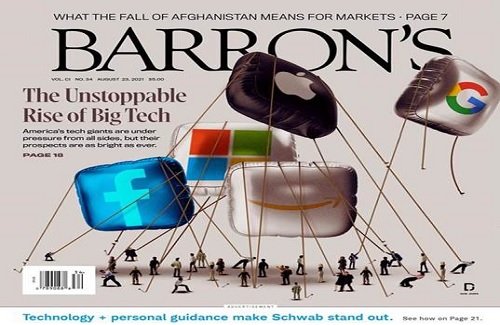 And, of course, they were encouraged by the mainstream media. It has mostly seen its role as being a cheerleader for the rally, as the Barron’s cover from August last year confirms.

But as I warned:

“Unsurprisingly, stocks have begun to sell off as traders realise they can no longer rely on the central banks to support the market. By the end of last year, it was really just 7 NASDAQ stocks keeping the bubble aloft:

“These were clearly bubble valuations, and already they are starting to reduce.” 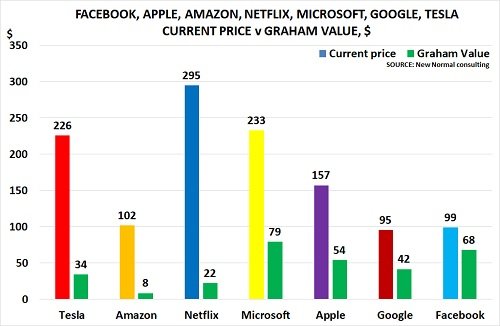 Unfortunately, as the chart shows using current prices, values still have much further to fall based on historical performance:

Ben Graham invented stock market analysis and the concept of the Price/Earnings ratio after the disaster of the 1929 Crash. He believed investors needed some realistic valuation principles to guide their decisions.

But, of course, each generation has to relearn, painfully, what their parents learnt the hard way. This time around, politicians and central banks have combined to push valuations to absurd levels with their stimulus programmes. 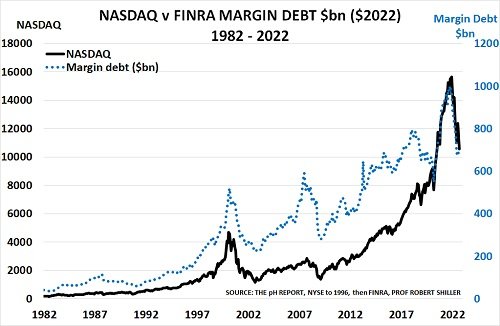 One key mechanism was to make credit cheap and abundant, to encourage people to speculate with borrowed money. As the chart, based on FINRA data confirms, investors have been in the grip of a speculative mania:

Since then, investors have begun to realise that stocks don’t always go up. And that the FAANG stocks were just as over-valued in December as during the dotcom bubble.  Of course, hope springs eternal, as we have seen in recent weeks, when some investors thought they could “buy on the dip”. History suggests we will see several of these ‘false dawns’ before the market finally bottoms.