Skip to content
Home / What will happen if President Trump loses the election? 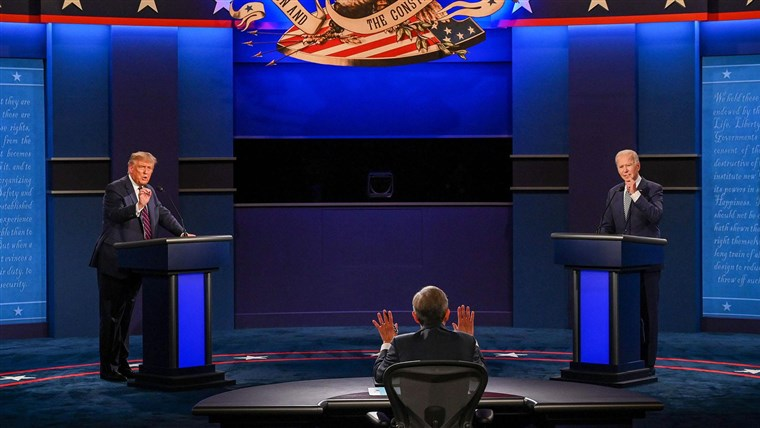 I spent from September 2015 onwards, during the last US Presidential election, trying to explain why Donald Trump was likely to win.  As I noted after the event in November 2016:

“It really wasn’t very difficult to see that Donald Trump could win the White House, and that the Republicans could control Congress, for the reasons I set out over a year ago.“

This time around, however, the same key indicators have been suggesting for some time that Trump is very unlikely to repeat his win.

The above charts from Real Clear Politics and Five Thirty Eight update the key issues:

But will that be the end of the matter?

Trump has now made it very clear on a number of occasions that he will contest the result if he can, on the basis of alleged voter fraud.  And if he can take the issue to the Supreme Court, assuming his nominee is confirmed by the Senate, then he can hope that the 6 – 3 conservative majority might work in his favour.

As Edward Luce, the respected US Editor of the Financial Times has warned, it is therefore not certain that the President would actually leave the White House if he loses the election:

“Since Mr Trump has almost no chance of winning the popular vote, the realistic hope for US stability would be a clear Biden victory. Today’s polls suggest he would win comfortably. But Mr Biden’s lead will probably narrow … between now and then. The closer the race, the less soundly we should sleep. American democracy is heading into the mother of all stress.”

Luce’s concern was supported last week by Peggy Noonan, President Reagan’s former speech-writer, when summing up the impact of the Presidential debate in the Wall Street Journal:

“The president depressed everybody, even his own supporters, by acting like a bullying nut. He left people anguished about the future of the country. By the time it was over people were thinking, deep down: “The incumbent is an incompetent who’s out of his mind”.

And as she adds, at the end of the debate, “He wouldn’t vow to do what any president in history would do, urge calm and discourage violence”.

“It’s a freakish year: The president is sick, and Mr. Biden, who turns 78 next month, would be the oldest president ever. Voters are going to want to know Ms. Harris and Mr. Pence a lot better. They’re going to look at that debate in a whole new way.”

WHAT WOULD POST-ELECTION CHAOS MEAN FOR YOUR BUSINESS AND INVESTMENTS?

My point here is simple.  Most companies and investors failed to do even the most basic scenario planning ahead of the last election. As Aetna’s CEO admitted:

“We started with a fresh piece of paper yesterday — we had no idea how to approach it. What we would have spent months doing if we thought it was even remotely possible, we had to do in a day.”

This time around, the risks are even greater.

It doesn’t take a rocket scientist to understand President Trump’s reluctance to lose office. Last week’s New York Times’ revelations on his tax payments reconfirm the risk that, at best, he will spend many years in court, once he loses Presidential immunity.  At worst, he might end up spending many of his remaining years in prison.

Some have suggested President Nixon’s 1974 pardon by Gerald Ford – after Nixon had resigned and Ford succeeded him – might be a possible model. But Trump is a far more divisive figure, and Mike Pence might well want to avoid the anger that a pardon would create. With Nixon, people were just glad he was gone.

There are now just 30 days left before the election.

We can all hope that we have a “normal” election night, and that the President does accept the result if it goes against him. But hope is not a strategy. And it will then be too late to start trying to work out what post-election chaos might mean for your business and investments.