There are few real surprises in life, and President Trump’s decision to launch a full-scale trade war with China wasn’t one of them.  He had virtually promised to do this in his election campaign, as I noted here back in September 2015:

“The economic success of the BabyBoomer-led SuperCycle meant that politics as such took a back seat.  People no longer needed to argue over “who got what” as there seemed to be plenty for everyone.  But today, those happy days are receding into history – hence the growing arguments over inequality and relative income levels.

“Companies and investors have had little experience of how such debates can impact them in recent decades.  They now need to move quickly up the learning curve.  Political risk is becoming a major issue, as it was before the 1990s.”

Of course, I received major push-back for this view at the time, just as I did in 2007-8 when warning of a likely US subprime crisis.  Most people found it very hard to believe that politics could trump economic logic, as one American commentator wrote in response to my analysis:

“I have a very, very, very difficult time imagining that populist movements could have significant traction in the U.S. Congress in passing legislation that would seriously affect companies and investors”.

But, sadly or not, depending on your political persuasion, my conclusion after the election result was known seems to have stood the test of time:

“The Winners are likely to come from those who accept that President Trump will at least try to introduce the policies proposed by Candidate Trump. And the Losers will almost inevitably include those who continue to believe he represents “business as usual”.” 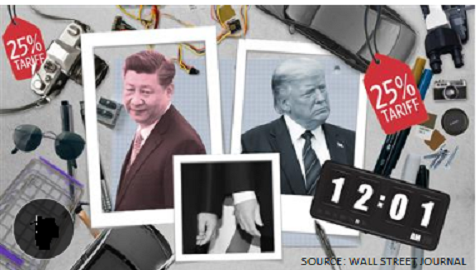 Now, of course, we will start to see these Winners and Losers appear, as there is little the Western central banks can do to counteract the economic cost for the global economy of a US-China trade war.

One sign of this was Uber’s miserable performance on its stock market debut – despite having been priced at the low end of the planned range, it still fell further on its opening, in line with my suggestion last month that Uber’s $91bn IPO marks the top for today’s debt-fuelled stock markets.

But there will be many more serious casualties over the next few months and years: 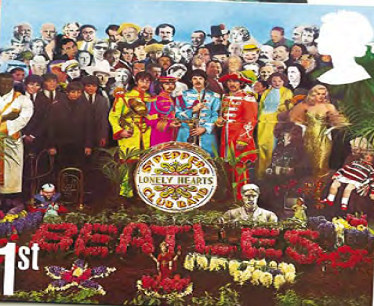 Back in 2011-12, John Richardson and I wrote ‘Boom, Gloom and the New Normal: How the Western BabyBoomers are Changing Demand Patterns, Again’ to give our view of the likely consequences of the major demographic changes underway in the global economy.

Unfortunately, the politicians of the time took the seemingly easy route out of the crisis. They decided that printing money was so much easier than having a dialogue with the electorate about the implications of ageing populations, or the fact that Western fertility rates have been below replacement levels for the past 45 years.  Our warning is now coming true:

“Companies will need to refocus their creativity and resources on real needs. This will require a renewed focus on basic research. Industry and public service, rather than finance, will need to become the destination of choice for talented people, if the challenges posed by the megatrends are to be solved. Politicians with real vision will need to explain to voters that they can no longer expect all their wants to be met via endless ‘fixes’ of increased debt.

“But doing nothing is not a solution. It will mean we miss the opportunity to create a new wave of global growth from the megatrends. And we will instead end up with even more uncomfortable outcomes.“