President Trump’s defeat on healthcare makes it very unlikely that he will be able to push through his proposed $1tn infrastructure boost, as I discuss in a video interview with Will Beacham, deputy editor of ICIS Chemical Business

BARCELONA (ICIS)–Donald Trump’s infrastructure plan is unlikely to be approved because of a legislative bottleneck, denying the US chemical sector a key source of demand growth to absorb the 4.5m tonnes/year of new polyethylene capacity due on stream this year, according to a chemicals industry consultant.

In a video interview, International eChem chairman Paul Hodges said that the US chemical sector will have to find innovative ways to stimulate domestic demand in the face of possible restrictions on global free trade in petrochemicals and polymers. The industry cannot rely on the infrastructure programme or President Trump’s strategy to re-shore industrial production to create enough demand growth, he added.

New Presidents only have a very short window for action, Hodges said: “The record of the last few administrations is that Congress can only deal with one topic at a time. The battle on healthcare had been getting in the way of tax reform, which was President Trump’s top priority. And as for infrastructure – his third priority – I can’t see Congress getting through three major programmes in the next 12 months.” 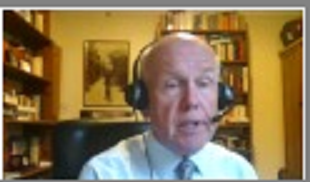 Hodges believes US presidents only really have the first year of their term to achieve major goals. By 2018 the run-up to the mid-term elections will make it very hard to achieve change. He points out that it took President Ronald Reagan until his second term to achieve his tax reforms.

“We have to assume infrastructure is dead. There is no magic wand to be waved and the industry has to look at self-help,” says Hodges, unless President Trump does a deal with the Democrats. However, he believes there are huge opportunities for innovative US chemicals and polymers in serving the water and food sectors with commodity and specialty polymers to help reduce waste.

The US has a major water shortage problem, says Hodges, and yet 30-40% never reaches the customer because it leaks out of the system. It also has a major problem with food where 30-40% is thrown away because of wastage.

According to the consultant: “The industry has a fantastic opportunity to employ a lot of technical development people to work with the utility and food companies in order to stop that waste. You have to employ more people … or the product just won’t be sold – let’s get out there and do something to sell more PE and PVC into the water and food industries.”