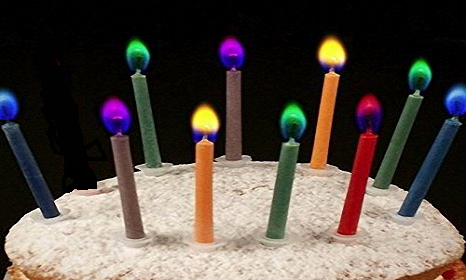 My first blog post was written exactly 10 years ago this week, on 22 June 2007, from Bangkok in Thailand.  Titled The 10th anniversary of the Asian financial Crisis, it covered the early days of the sub-prime financial crisis and noted the changes that had taken place in Asia since 1997.

Who knew that the blog would still be here today?  But in many ways, that first post included many of the themes that have since featured in the blog.  4 areas perhaps stand out as having been key to its value proposition:

Financial markets.  The blog received early praise for forecasting the subprime crisis, briefly becoming known as The Crystal Blog and receiving honorary mention in the Financial Times
The impact of demographics on the economy. This success led to the question, ‘Why did the Crisis happen?’  In response, John Richardson and I wrote Boom, Gloom and the New Normal: How Western BabyBoomers are Changing Demand Patterns, Again (still available in Kindle and  PDF versions)
Oil, chemical, auto and housing markets. The blog has focused on analysing these key markets over the decade. It aims to look beyond consensus views when necessary, as when forecasting the oil price collapse in August 2014
Political and economic developments.  Politics has re-emerged as a key factor since the end of the economic SuperCycle, as highlighted in analysis of the rise of Populism, President Trump’s success and the Brexit referendum
China, India and the key emerging markets.  I first began doing regular business in Asia in 1987 on behalf of my then employer (the chemical company, ICI).  I have since visited virtually all of the key economies, often many times, and this historical perspective is invaluable in providing context for today’s developments
The pH Report.  More recently, some readers asked if we could produce a more detailed analysis of these developments on a monthly basis, which led to the successful launch of The pH Report.  Please contact me (phodges@iec.eu.com) if you would like a complimentary copy of the latest issue

An anniversary is also a good time to thank all the people who have helped to create the blog’s success:

Blog readers.  Your support, encouragement and advice has been key to its success
ICIS.  John Richardson has provided great insight and wise counsel, as have his ICIS colleagues around the world
Your recommendations to conference, workshop and seminar organisers.  This has given me the opportunity to meet many readers, their colleagues and business partners, around the world
My family for their understanding.  ”Don’t tell me” they have said many times, “you have to go and write the blog now!”

It has been a privilege to write the blog over the past 10 years.  Thank you for all your support.

The blog’s format has changed over the years in response to market developments.  It seems sensible to now focus on writing one post a week, as the posts are necessarily becoming longer, given that we are living in an increasingly complex and uncertain world.  I hope you will find this helpful.