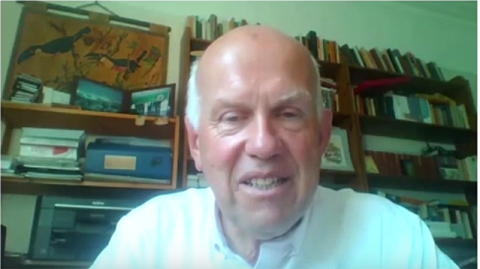 We are living in an ever more uncertain world, where “business as usual” is becoming the least likely option for the future. Companies and investors need to adapt quickly to this new normal environment, if they want to maintain revenue and profit growth. One example comes from the American company 3M, which has become legendary for its ability to identify new trends. Their latest insight continues this tradition, as CEO Inge Thulin has explained:

“Our strategy has changed. If you go back several years, there was a strategy of producing at huge facilities at certain places around the world, and shipping it to other countries. But now we have a strategy of localisation and regionalisation.”

As Thulin suggests, there is plenty of evidence that global supply chains have reached their sell-by date. Political pressures are just one example of the challenges they now face, with America’s President Trump leading the way in starting to redraw the global trade map:

  He has already withdrawn from the Trans-Pacific Partnership, aimed at linking the US and 11 Pacific nations
  He is also intending to renegotiate the North American Free Trade Agreement with Mexico and Canada
  This month, he announced his intention to withdraw from COP-21, the Paris Climate Change Agreement

Similar disruption to previous trade patterns is also underway in Europe, where the UK’s Brexit vote to leave the European Union (EU) means that at least 759 treaties will have to be renegotiated – covering not only trade, but also key areas for business such as air traffic rights and financial services. This process will not be easy in the UK’s febrile political atmosphere, given the Conservative Party’s failure to win an outright majority in this month’s election.

The move away from globalisation towards more local supply chains also highlights the growing importance of sustainability as a key driver for the future. Globalisation was a critically important dynamic during the Baby Boomer–led economic SuperCycle, when demand was rising on a constant basis. But this demographic dividend is now being replaced by a demographic and demand deficit.

Today’s globally ageing population means that economic growth is set to decline in many countries:

  Older people already own most of what they need, and their incomes decline as they move into retirement
  The younger generation are also owning less “stuff”, as streaming services such as Netflix and Spotify confirm

Digitalisation is playing a key role in enabling this aspect of the paradigm shift, and it seems likely that major markets such as autos will now be prime candidate for disruption. We cannot yet know whether car-sharing, or autonomous vehicles, or another yet-to-be-invented business model will eventually dominate the mobility market of the future. But we can be reasonably sure that major disruption lies ahead.

I discuss these issues in more detail in the above video interview with Will Beacham, deputy editor of ICIS Chemical Business, and in a new article for the magazine.  Please click here to download a free copy.