Skip to content
Home / Resilience amidst headwinds is key for H2 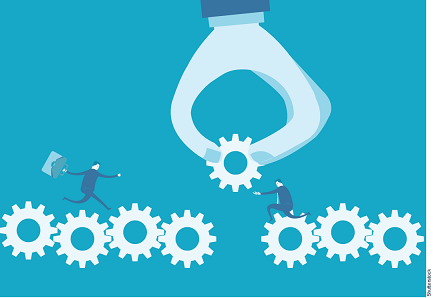 Resilience is set to become the key issue as we look forward to H2, as I note in a new analysis for ICIS Chemical Business. None of us have ever seen the combinations of events that are potentially ahead of us. And none of us can be sure which way they will develop. So it seems essential that we start to create contingency plans to build corporate resilience ahead of their possible arrival.

Of course, we can all hope that we are just seeing a series of false alarms, and that business as usual will end up as the outcome. But hope is not a strategy. Even if we optimistically believe it is an 80% probability, the scale of the potential problems under more pessimistic scenarios suggests it would be prudent to decide ahead of time how to tackle them. Everyone will have their own list of possible outcomes. Mine is as follows:

Asia is likely to prove the catalyst for this potential next crisis, if it hits. China has begun to deleverage over the past 2 years, taking $2tn out of its high-risk shadow banking sector. But unfortunately this tightening has driven many of the riskiest businesses into the offshore dollar markets, where naïve western fund managers have rushed to place their bets – driven by their need to achieve higher returns than are available in their domestic bond markets. 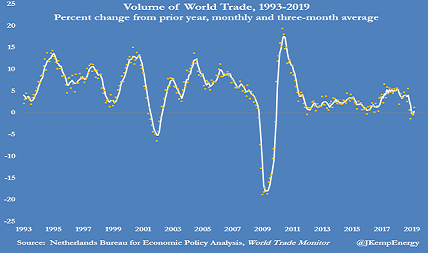 If world trade continues to slow as the chart from Reuters shows, and the remnimbi starts to weaken, then some of these borrowers will inevitably default. In turn, this risks a chain reaction across world markets, impacting not only the zombies but also their supply chain partners.

What would your company do in these circumstances? As the American writer Ernest Hemingway noted in ‘The Sun also Rises’, there are two ways to go bankrupt, “gradually, then suddenly”. And the suddenness of the final stage makes it almost impossible for companies to survive if they have not used the gradual stage to create contingency plans. History unfortunately shows that when markets turn, executives suddenly find they have very little time in which to think through how to respond.

Governments will also be in the line of fire, due to their debt levels. And it is unlikely that politicians will know how to respond. They used to be clear about the key issue for the voters, as Bill Clinton famously observed in 1992 – “it’s the economy, stupid”. But today’s politicians instead simply assume that central banks can always print more money to overcome financial and economic crises. They have forgotten the simple mnemonic that many of us learnt at school, namely that “to ASSUME can make an ASS of U and ME”.

Time spent now on building your company’s resilience to potential future challenges may therefore prove time very well spent, if hopes for ‘business as usual’ turn out to have been wishful thinking.