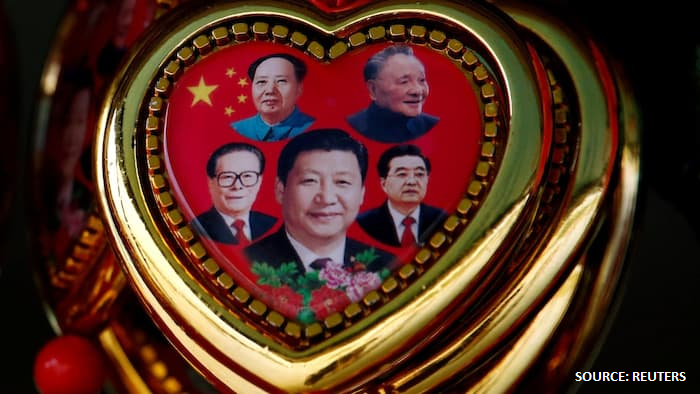 Outside observers often imagine that China’s political structure is uniquely disciplined – unlike, say the US Republican Party, or the UK Labour Party, or indeed, political parties anywhere.  But the fact that most arguments take place behind closed doors, and aren’t reported in the state-controlled media, doesn’t mean that the arguments don’t happen.

Yesterday’s announcement that President Xi Jinping is taking the “core leader” designation, only held previously by leaders such as Mao, Deng Xiaoping and Jiang Zemin, is thus a rare moment when the curtain is lifted and the arguments briefly enter the public domain.  It highlights the intensity of the debate now underway between Xi and Premier Li over the direction of economic policy.

Li has been very active so far this year in promoting Populist policies, at the expense of Xi’s efforts to promote reform through his Princeling faction.  Xi’s move therefore confirms my belief that Xi is determined to “take the pain of reform” before his expected reappointment for another 5 years at the 19th Congress in November 2017.  As he emphasised in a major interview last year, before his US visit:

“Reform steps have upset the vested interests of some people, and caused changes to the career and life of some people. It is only natural that there will be difficulties. Otherwise it will not be a reform. That is why I said that we must be bold enough to crack hard nuts and ford dangerous rapids during reform and that only the daring will prevail at key stages of reform”.

This week’s developments highlight the context within which Xi is operating.  His only option is to try and tighten his control of the government in response to Li’s renewed push to implement Populist policies.  In turn, this confirms that fundamental economic reform depends on the President to make it happen.  If Li is able to continue with his policies, and Xi loses control of the government apparatus, reform may well be abandoned.

The announcement also confirms that China’s economy is reaching a difficult stage as the country enters the critical period ahead of the 19th Congress.  This is when appointments to the Politburo Standing Committee (PSC) – effectively the supreme governing body – will be finalised for the next 5 years:

 As Reuters has reported, Li is currently pushing to appoint 3 Populist allies to the PSC, which would give him a 4 – 3 majority against Xi’s Princeling faction
 In response, Xi’s strategy has been to focus on the appointments to the 25-man Politburo, which in turn appoints the PSC. This currently has a 14 – 11 Populist majority. But many will retire next year – giving Xi the opportunity to replace them with loyalists, and hence control the PSC appointments
 Another sign of the battles underway is that Xi has not yet made any moves to anoint a successor. This has led to suggestions that he may be aiming to remain in office beyond than the standard two-term ten years. But it may instead be that, as yet, he lacks the Politburo votes to impose his will

None of us know how the next 12 months will play out in China.

My personal belief, having worked with Xi’s father, is that his son has inherited his determination and courage. Therefore I suspect he will win through – but it will probably be a closely fought battle.

Prudent companies and investors would therefore be well advised to prepare for other Scenarios to develop, as it will probably be too late to react after the event.