The Financial Times has kindly printed my letter as their lead letter, arguing that the rise of the populists emphasises the risk of continuing to deny the impact of today’s ageing populations on the economy. 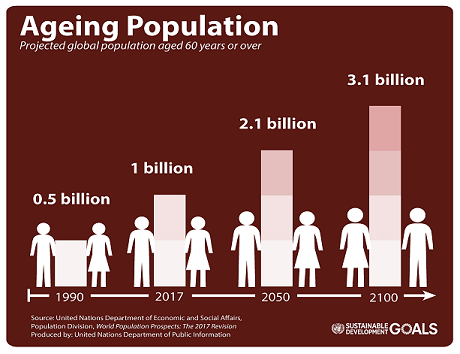 Sir,  Martin Wolf’s sobering analysis of policymakers’ post-crisis decision to “go back to the past”, ( “Why so little has changed since the financial crash”, September 5), brings to mind the celebrated “Paradigm of Loss” model developed by Elizabeth Kübler-Ross. Originally designed to describe how people come to terms with loss and death, it has since been more widely applied, including to economic and financial market developments.

His description of the post-1918 period appears to be a classic example of the paradigm’s denial stage, with policymakers ignoring the economic impact of the earlier carnage. Young people are the prime source of future demand as they enter the wealth creator 25-54 age group, when people typically settle down, have children and develop their careers. The war cruelly destroyed the lives of millions of young men before they could realise this potential.

As the paradigm would suggest, this denial then led to anger, and the rise of fascism and communism. This proved so intense that the next stage, bargaining, was delayed until 1945, when the adoption of Keynes’s new thinking finally allowed the cycle to complete.

Today, we are again seeing a demand deficit created by demographic change. Thankfully, it is not due to war, but to the post-1945 increase in life expectancy and collapse in fertility rates. Inevitably, therefore, consumer spending — the motor of developed economies — is now slowing as we have an ageing population for the first time in history. Older people already own most of what they need, and their incomes decline as they retire.

Just as in 1918, this means we need new policies to create “a better future”, as Mr Wolf notes. In their absence, the rise of the populists suggests that we instead risk moving into a new anger phase. It is not yet too late for new thinking to emerge, but time is starting to run out.

The post Financial crises and the five stages of loss appeared first on Chemicals & The Economy.