Skip to content
Home / “Exponentially rapidly rising or falling markets usually go further than you think, but they do not correct by going sideways” 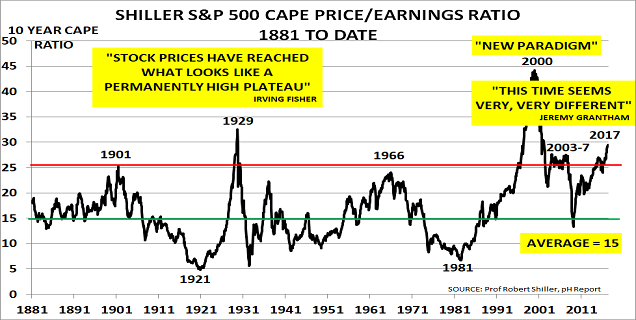 Companies and investors have some big decisions ahead of them as we start the second half of the year.  They can be summed up in one super-critical question:

“Do they believe that global reflation is finally now underway?”

The arguments in favour of this analysis were given last week by European Central Bank President, Mario Draghi:

“For many years after the financial crisis, economic performance was lacklustre across advanced economies. Now, the global recovery is firming and broadening…monetary policy is working to build up reflationary pressures…we can be confident that our policy is working and its full effects on inflation will gradually materialise.”

The analysis has been supported by other central bankers.  The US Federal Reserve has raised interest rates 3 times since December, whilst the Bank of England has sent the pound soaring with a hint that it might soon start to raise interest rates.  Most importantly, Fed Chair Janet Yellen told a London conference last week that she:

“Did not expect to see another financial crisis in our lifetime”.

The chart above from Nobel Prizewinner Prof Robert Shiller confirms that investors certainly believe the reflation story.  His 10-year CAPE Index (Cyclically Adjusted Price/Earnings Index) has now reached 30—a level which has only been seen twice before in history – in 1929 and 2000. Neither were good years for investors.

Even more striking is the fact that veteran value-investor, Jeremy Grantham, now believes that investors will have “A longer wait than any value manager would like, including me” before the US market reverts to more normal valuation metrics. Instead, he argues that “this time seems very, very different” – echoing respected economist Irving Fisher in 1929 who suggested “stock prices have reached what looks like a permanently high plateau“.

But are they right? 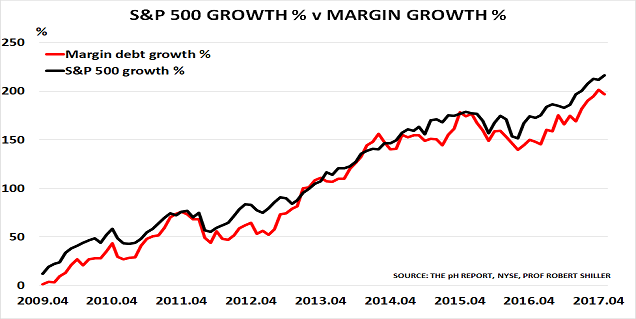 One concern is that central bankers might be making a circular argument.  We saw this first with Fed Chair Alan Greenspan, who flooded stock markets with free cash before the dot-com crash in 2000, and then flooded housing markets with free cash to cause the subprime crash in 2008.  His successor, Ben Bernanke continued the free cash policy, arguing in November 2010 that boosting the stock market was critical to the recovery:

The second chart highlights how the Fed’s  zero interest rate policy has driven the rally since the US S&P 500 Index bottomed in March 2009: 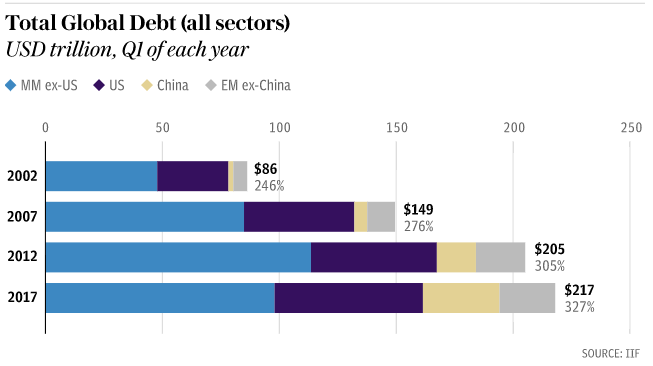 “The Fed caused the dotcom bubble in the 1990s. It caused the pre-Lehman subprime bubble. Whatever Ms Yellen professes, it has already baked another crisis into the pie. The next downturn may be so intractable that it calls into question the political survival of capitalism. The Faustian pact is closing in.”

Evans-Pritchard’s concern is echoed by Claudio Borio, head of the central bankers’s bank – the Bank for International Settlements (BIS).  Under his predecessor, William White, the BIS was the only central bank to warn of the subprime crisis.  And Borio has warned:

“Financial booms can’t go on indefinitely. They can fall under their own weight.”

WHO IS RIGHT – THE CENTRAL BANKS OR THEIR CRITICS?
This is why companies and investors have some big decisions ahead of them.  Of course, it is easy to assume that everything will be just wonderful, when everyone else seems to believe the same thing.  Who wants to spoil the party?

But then there is the insight from one of the world’s most famous analysts, Bob Farrell, captured in the headline to this post.  The chart of The pH Report’s Boom/Gloom Index highlights how the concept of the Trump reflation trade has sent the S&P into an exponential rally – even whilst sentiment, as captured in the Index, has been relatively subdued.

You could argue that this means the market can continue to go higher for years to come, as Grantham and the central banks believe.  Or you could worry that “the best view is always from the top of the mountain” and that there are now very few people left to buy.  And you might also be concerned that:

  Political uncertainty is rising across the Western world, as well as in the Middle East and Latin America
  Oil prices are already in a bear market
  China’s growth and lending is clearly slowing
  And Western central banks also seem set on trying to unwind their expansionary policies

We can all hope that today’s exponentially rising markets continued to rise.

But what would happen to your business and your investments if instead they began to correct – and not by going sideways?  It might be worth developing a contingency plan, just in case.