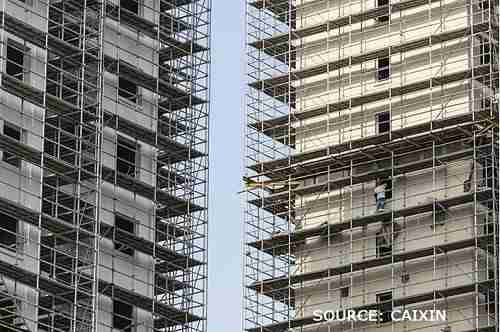 China’s property prices have now been falling for a record 10 months. In June, sales by the country’s top 100 developers were down 43% versus last year, even after a 61% jump versus May. And now buyers in at least 100 projects across more than 50 cities have stopped making mortgage payments due to construction delays and concerns over falling prices.

It’s hard to be surprised by the downturn. As I wrote here in September:

“China’s economy has been ‘subprime on steroids’ since the financial crisis in 2008. And essentially, this has morphed into a giant Ponzi scheme, where some property developers used deposits paid by new buyers to finance the construction of apartments they’d already sold. Now the world’s most indebted property developer, Evergrande, has warned it may default with $305bn of debt. And the BBC reports it “owns 1300 projects across 280 cities” in China.” 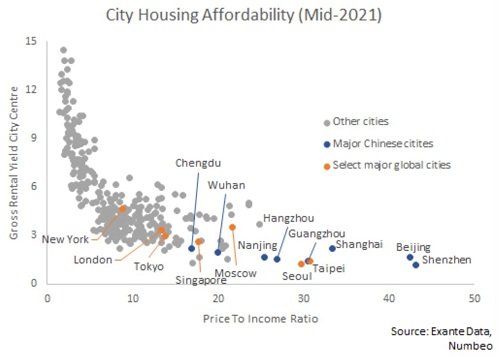 The key issue, of course, is affordability. Latest official data shows average annual disposable income is around $5500. Urban residents have around $7500. Rural residents have just $2900. All of them would be below the official poverty level in the major Western countries.

Yet the effect of the stimulus programme has been to encourage people to buy property as if it was going out of fashion. As the chart shows, property prices in the major Chinese cities are the most expensive in the world in terms of price to income. As Peking University’s Prof Michael Pettis notes:

“China’s slowdown is the almost automatic result of problems that have been building up for over a decade, and at a very minimum it will take a huge shift towards radically new policies to prevent growth from slowing much, much more.” 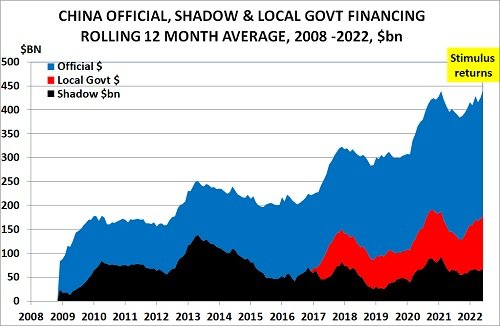 In other words, China has relied on debt to fuel growth, instead of raising wages to support domestic consumption.

That was the moment when it would have made sense to break away from the export-oriented economic policy. Policy needed to switch to boosting domestic consumption, in line with the focus in most major economies.

But as the chart shows, the opposite happened. Beijing kept incomes low and launched what became a $44tn debt-fuelled real estate bubble. This led to a construction boom, and boosted car sales etc as during the subprime bubble in the USA.

And every time the bubble threatened to burst, Beijing added more $tns. 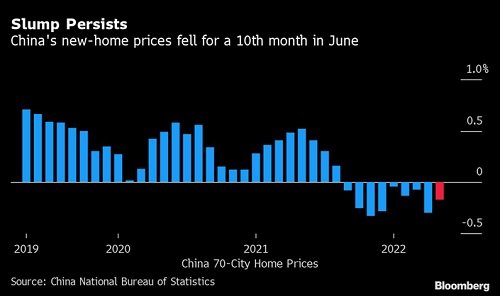 But now, the bubble is starting to deflate, as the zero-Covid policy cripples the economy. GDP grew just 0.4% in Q2. Beijing is back to the stimulus playbook, and is again issuing record amounts of debt. But confidence has gone. Prices for unsold apartments are being discounted. And developers’ cashflow is being hit by mortgage strikes for unfinished apartments.