The clash of priorities between President Xi and Premier Li over the role of stimulus in China’s economy is close to being decided, as I describe in my latest post for the Financial Times, published on the BeyondBrics blog 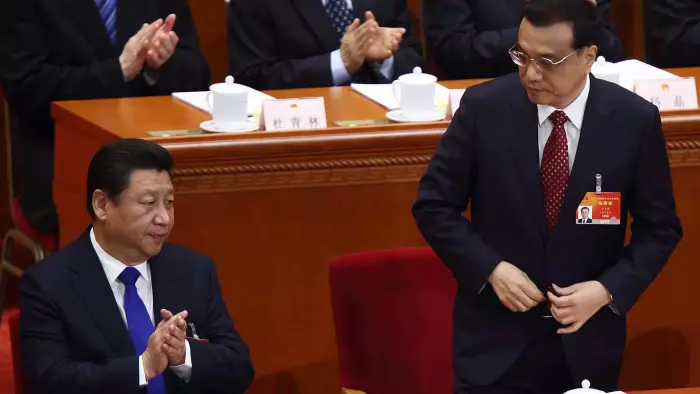 The stakes are rising in China’s power battle ahead of October’s 19th Party Congress. Normally, the meeting would simply reappoint President Xi Jinping and Premier Li Keqiang for their second five-year terms. Its main business would then be to anoint their likely successors in 2022 and to replace the other five members of the powerful Politburo Standing Committee (PSC) who, by the convention known as qishang baxia, have reached the unofficial age limit of 68.

But, most unusually, signs are emerging that all may not proceed according to historical precedent. Instead, it seems that the president’s Princeling faction may have won the battle against the premier’s Populists for control of the politburo and the PSC.

Following Li’s failed “dash for growth” last year, a recent report in Xinhua, the official news agency, has suggested that Li may move to become chairman of the Standing Committee of the National People’s Congress and be replaced by vice-premier Wang Yang as premier.

This would allow Xi to consolidate his control of economic policy at Li’s expense. Top of his agenda must be the need to stem the decline in foreign exchange reserves, which have fallen by $1tn to below $3tn since their June 2014 peak. The issue is particularly urgent given President Trump’s threat to label China a currency manipulator, as the government cannot take the risk of allowing the renminbi to fall below 7 to the US dollar. As we suggested in January, interest rates have already started to rise, while capital controls have been intensified.

Commodity markets therefore seem likely to find themselves in a new round of the snakes and ladders game that began with China’s first stimulus programme in 2009. As the first chart shows, this provided a firm ladder for commodities to climb, until Xi’s first effort at reform from 2013 sent them down a snake again. 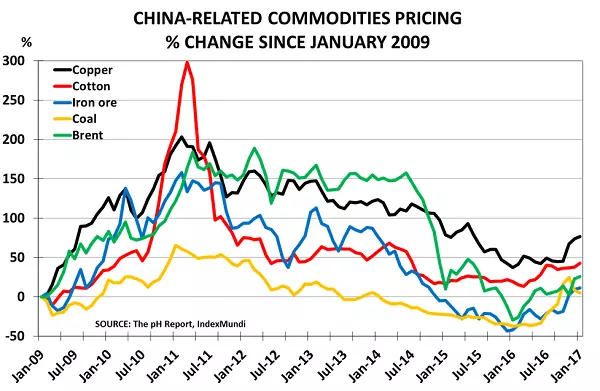 Not only did the reforms lead to a decline in total social financing (TSF) but, even more importantly, the shadow banking sector — the main source of finance for property speculation — saw its share of TSF lending collapse from 48 per cent in 2012 to 24 per cent in 2015.

Last year, however, a new ladder appeared thanks to the “dash for growth”, as the second chart shows. TSF lending increased by 14 per cent in renminbi terms, and the share lent by shadow banks rose to 28 per cent. Unsurprisingly, housing markets boomed, and Old Normal industries enjoyed a new lease of life. Oil markets also appeared to benefit as imports rose — although in reality, as Reuters has reported, “China’s additional imports of crude oil were simply processed and exported as refined products”.

Now, commodity markets may be about to find themselves at the top of a new snake. Last year’s inflationary mini-rally in commodities, sparked by Li’s policy reversal, is already running out of steam.

In oil, for example, the contango has disappeared, leading traders to start selling out of floating storage in Singapore before their profit disappears. In the west, the housing market bubbles in London and New York are also feeling the chill, as the intensification of capital controls marks the end of the Chinese-led property speculation that has powered recent gains.

The power struggle also highlights the potential importance of Xi’s recent elevation to the status of “core leader”, a title only previously held by Mao Zedong, Deng Xiaoping and Jiang Zemin. It implies that Xi’s leadership style will move away from “consensus-building” towards autocracy. In turn, this suggests that although Xi’s New Normal reforms will probably be put on hold until the Congress to avoid upsetting critical vested interests, he may well then focus on pushing through key reforms, especially the restructuring of the state-owned enterprises.

The connection was made explicit in a recent lengthy Xinhua analysis: “The new position is key for China to keep itself and the Party on the right track of development, and it marks the turning of a new chapter in the long march toward achieving the Chinese dream of national rejuvenation.” 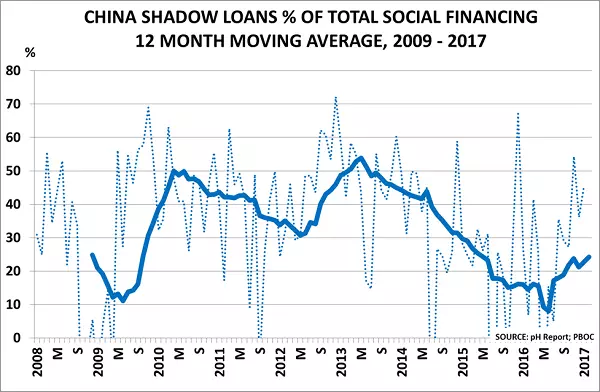 Understandably, many investors have become entranced by the “will she, won’t she” debate now under way on whether Janet Yellen is about to raise US interest rates again. But they would be prudent to keep at least one eye on developments in China’s lending policies. Any new clampdown is likely to have a far greater and more immediate impact than any minor increases in the Fed funds rate.