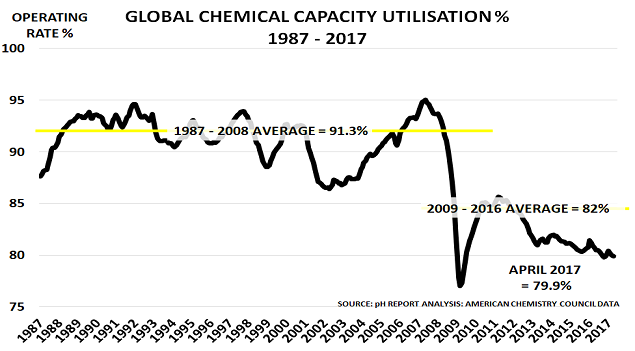 Stock markets used to be a reliable indicator for the global economy, and for national economies. But that was before the central banks started targeting them as part of their stimulus programmes.  They have increased debt levels by around $30tn since the start of the Crisis in 2008, and much of this money has gone directly into financial markets.  Today, Japan is a great example of the distortions this has produced, as the Financial Times reports:

□  The Bank of Japan (BoJ) has been buying stocks via its purchases of Exchange Traded Funds (ETFs) since 2010
□   Last July, it doubled its purchases to ¥6tn of ETFs($58bn) per year, focused on supporting Abenomics policy
□   Analysis by Japanese bank Nomura suggests its purchases have since boosted the Nikkei Index by 1400 points

Even more importantly, the BoJ is particularly active if the market looks weak.  Between April 2013 – March 2017, it bought on more than half of the days when the market was down.

The distortion ins’t just limited to direct buying by the BoJ, of course.  It is magnified by the fact that everyone else in the market knows that the BoJ is buying.  So going short is a losing proposition.  Equally, investors know that the BoJ is guarding their back – so they are guaranteed to win when they buy.

This manipulation by the BoJ is just an extreme form of the intervention carried out by all the central banks.  It means that the stock market has lost its role as an indicator of the economy.  And so all those models which include stock market prices in their calculations are also over-optimistic.

This is why the global chemical industry has become the best real-time indicator for the real economy.  As I noted back in January, it has an 88% correlation with IMF data for global growth – far better than any other indicator:

“The logic behind the correlation is partly because of the industry’s size.  But it also benefits from its global and application reach. Every country in the world uses relatively large volumes of chemicals, and their applications cover virtually all sectors of the economy, from plastics, energy and agriculture to pharmaceuticals, detergents and textiles.”

Latest data on Capacity Utilisation (CU%) from the American Chemistry Council is therefore very worrying, as the chart shows:

The problem is that central banks have moved from the pragmatism of the 1980s to ideology.  They have become, in Keynes’s famous phrase “slaves to some defunct economist” – in this case, Milton Friedman and Franco Modigliani, as we argued in our evidence earlier this year to the UK House of Commons Treasury Committee:

“Friedman’s analysis of the effectiveness of monetary policy, when he argued that “inflation is always and everywhere a monetary phenomenon”, is therefore no longer valid.  Modigliani’s “Life Cycle theory of consumption” is similarly out of date. … Friedman and Modigliani’s theories appeared to make sense at the time they were being developed, but they clearly do not fit the facts today.”

Instead of the promised economic growth, the central banks have in fact simply piled up more and more debt – which can never be repaid.  2 years ago, the global total was already $199tn, and 3x global GDP, according to McKinsey. Just in the US, this means net interest payments will cost $270bn this year, and total $1.7tn over the next 5 years, according to the impartial Congressional Budget Office.

Stock markets may continue in their optimistic mode for a while longer.  But in the end, the lack of promised growth will force the central banks to stop printing money.  They will then have to abandon their ideological approach, and instead accept the common sense argument of our Treasury Committee evidence:

“Monetary policy should no longer be regarded as the key element of economic policy.   This would then free policymakers to focus on the real demographic issues that will determine growth in the future – namely how to encourage people to retrain in their 50s and 60s to take advantage of the extra 20 years of life expectancy that we can all now hope to enjoy.”