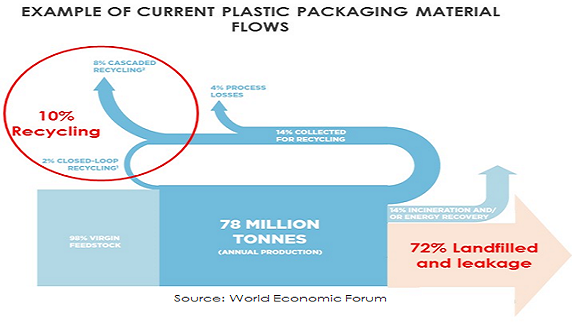 2 weeks ago, India ratified the COP 21 Agreement.  This means the Agreement enters into force on 4 November.  81 countries, responsible for more than 55% of greenhouse gas emissions, have now agreed to reduce emissions in line with the decisions made in Paris last December.  And last week saw another landmark Agreement, with 150 countries agreeing to phase out HFCs, in an addition to the already successful Montreal Agreement on CFCs.

World trade agreements were the motor of the global economy during the SuperCycle.  Thus the World Trade Organisation (WTO) was established in 1995 to build on the success of the Uruguay Round of trade liberalisation between 1986-1994. But its flagship initiative, the Doha Round launched in 2001, has proved a failure and was effectively abandoned at the December 2015 Nairobi ministerial meeting .

One week before Nairobi, however, the Paris conference had succeeded in reaching agreement between 195 countries. They will attempt to cut greenhouse gas emissions to a level that will limit the rise in global average temperature to “well below” 2deg C (3.6deg F) compared to pre-industrial levels. This is the point when it is believed that climate change could threaten life on earth.

Essentially, therefore, the world is moving in a new direction.

As we have seen in the US Presidential campaign, both the main candidates have moved away from pro-free trade policies.  Donald Trump, the Republican candidate, has said he would probably pull out of NAFTA (the North American Free Trade Area) within 6 months of taking office.  Hillary Clinton, the Democratic candidate, has said she is now against the Trans-Pacific Partnership deal agreed between the major Pacific Rim countries (excluding China).

Clinton’s position highlights the change underway.  Her husband, Bill Clinton, had signed the NAFTA agreement when president.  And she had earlier said that the TPP was the “gold standard” for trade agreements, when Secretary of State.  But today, free trade is increasingly seen as a vote-loser, rather than a vote-winner.

Sustainability and the climate change issue are the opposite.  they are vote-winners.  And, of course, they map on to the shift that has taken place in underlying demand patterns due to changing demographics:

  In the BabyBoomer-led SuperCycle, the growing population of young people needed globalisation in order to supply their needs.  And they were not too worried about possible side-effects, due to the confidence of youth
  But today’s globally ageing populations do not require vast new quantities of everything to be produced.  And being older, they are naturally more suspicious of change, and tend to see more downside than upside

The concept of sustainability is therefore an excellent fit with these changing demand patterns.  It is, of course, obvious that it makes far more sense to reuse and recycle products, than to simply throw them away.  But it also fits with today’s economic reality, given that both young and old have less spare cash than in the past:

  Older people are moving into retirement, and so their incomes are reducing along with their needs
  Younger people often have large tuition fee debts, and have to pay very high prices if they want to buy a home

The impact of this shift will be very significant over the next few decades, just as globalisation changed our world-view over the past 30 years.  As the chart above from the World Economic Forum highlights, we are appallingly wasteful in our use of plastics.  The Report adds that:

  95% of plastic packaging material value is currently lost after just a short first-use cycle
  By 2050, there will be more plastics in the ocean than fish by weight, if current policies continue

Clearly, this state of affairs cannot be allowed to continue.

Of course, this paradigm shift also has the potential to reduce overall demand growth, and maybe even overall demand, for current products.  Demand patterns are already transitioning away from products and consumables, and becoming more service-led.  In turn, it means that GDP will become less relevant as guide to future growth potential.

Companies and investors need to factor this new paradigm into the Budgets for the 2017 – 2019 period.  As the COP21 ratification process confirms – sustainability is no longer an issue for “tomorrow”.  It is a key driver for short and medium term growth in revenue and profit.