Skip to content
Home / Older workers are looking for something more

The Financial Times has kindly printed my letter arguing that we need new policies to help people adapt to their extra decade or more life expectancy. 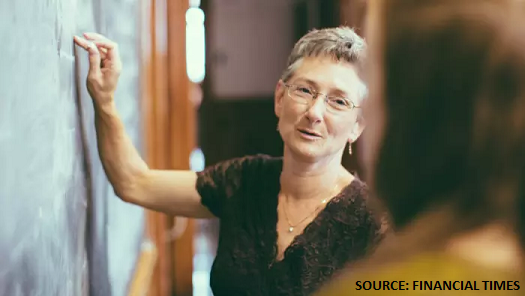 Sir, There is another angle to Janan Ganesh’s interesting exploration of whether “Liberals risk the charge of complacency” (February 20). This is the question of why the policy elite has failed to go beyond congratulating itself for the successes cited by Professor Steven Pinker in his new book, Enlightenment Now.

Increasing life expectancy is just one example of the policy vacuum that has developed following the vast improvements seen since the second world war. Globally, longevity has increased by 50% since 1950, giving the average person an extra 24 years of life, according to UN Population Division data. In the developed world, life expectancy no longer coincides with retirement age, but instead offers the potential for a decade or more of extra life.

The issue is most acute in the developed world, where the proportion of older people in the 55-plus age range has doubled to 32% compared with 1950. As Mr Ganesh rightly points out, they are looking for something beyond simple economic comfort and the arrival of bus passes and fuel allowances. Liberals should perhaps not be so surprised that their failure to address this critical issue has left the door open for populists to fill the policy vacuum.

The post Older workers are looking for something more appeared first on Chemicals & The Economy.