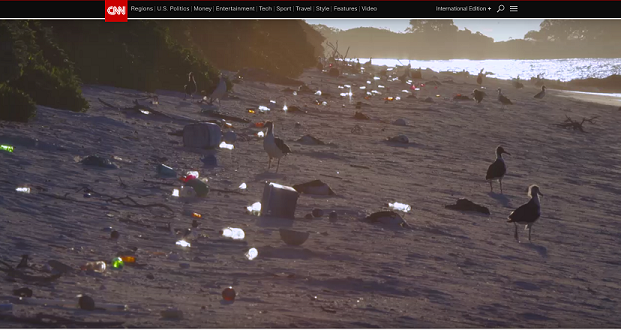 Plastics have made an enormous contribution to improving our quality of life over the past 75 years.  Polyethylene (discovered in 1933), polypropylene, PVC, polystyrene, PET and many others have made our lives safer, and easier:

  Plastic pipes have removed the risk of lead poisoning from our water, and helped to reduce water lost in transit
  Plastic packaging has made food safer, and reduced waste by increasing its shelf-life
  Plastic components have reduced the weight of cars and many other products
  Plastic cables have enabled the benefits of electricity and the internet to be delivered to billions of people

But, as the World Economic Forum (WEF) highlighted earlier this year in a major new Report – The New Plastics Economy – we need to rethink the way we use plastics.  We simply cannot afford, from either a financial or environmental perspective, to continue with a situation where:

  95% of plastic packaging material value is currently lost after just a short first-use cycle
  By 2050, there will be more plastics in the ocean than fish by weight, if current policies continue

A new 15 minute report by CNN, Plastic Island, highlights the urgency of the need to reverse these trends, showing:

“How our throwaway culture is turning paradise into a graveyard”

Its focus is on Midway Atoll in the North Pacific Ocean, an island where nobody lives.  And yet as the film shows, plastic debris is scattered all over its beaches.  It has floated there across the ocean for thousands of miles.  Even worse, Midway’s breeding birds often mistake pieces of plastic for food, and feed them to their chicks – causing them to die a painful death.  As the report highlights:

“When you tear open the fragile ribcages of the birds who did not survive — as US Fish and Wildlife Service Superintendent Matthew Brown did in front of us — the sheer volume of plastic waste now in our world becomes apparent.  Inside the slight skeleton of one albatross, we found bottle tops and a cigarette lighter amongst seemingly endless tiny shards of plastic. It’s as if plastic actually was the bird’s diet.

“These brightly colored plastic fragments were picked out of the sea by the bird’s parents, who mistook them for food, then fed them to their offspring. The birds can’t digest the plastic pieces but they still feel full, which causes malnutrition and death, according to researchers….

So much of the damage is on the edge of the invisible. If you kneel down on Midway and stick your hand into the hot sand, you can pull up a troubling multicolored array of particles.  These are what activists call the “new sand” — plastic that has broken down into smaller and smaller pieces, and then become part of the shoreline.

These smaller particles are what end up in the food chain. The smallest ones, called nano-plastics, sink deep into the ocean and can end up in plankton. Larger pieces, known as micro-plastics, float in a soup, suspended in water, and are eaten by fish. The fish then get eaten by “apex predators” higher up the food chain — including humans.”

Of course, it is wrong to blame the companies producing plastics for this problem.  It is us, the users of the plastics, who cause the problem by throwing away the coffee cup we don’t need any more, and the umbrella bought in a hurry to keep us dry in a sudden storm.

But as with other environmental issues of the past 50 years – leaded petrol, the ozone layer and now sustainability – growing consumer pressure means it is very dangerous for the producers to simply ignore the problems that are developing.  Once the public loses its trust in an industry, it is very difficult to regain it.  And if trust goes, then one’s licence to operate is threatened.

The issue is simply that we have reached a parting of the ways.  Plastic production has surged in the past 50 years from 15 million tonnes in 1964 to 311 million tonnes in 2014. Current forecasts quoted by CNN suggest that on present trends, this volume could double by 2036 to over 600 million tonnes.

But with 8 million tonnes of plastic waste already entering our oceans each year (one garbage truck a minute), will the public allow this volume to be produced?  It seems unlikely.

Instead, it is far more likely that we will have made major moves towards developing a more circular economy, where plastic is designed to be reused, not thrown away.

Encouragingly, many companies already recognise that change is inevitable, as the list of those participating in the production of the WEF Report confirms – not only does it include major consumer companies such as IKEA, Nestle and Unilever, but also many of the major plastic producers such as Dow, DSM, DuPont and Indorama.

The winners in this New Normal world will be those who recognise the new direction.  They will develop more service-based business models that will enable them to grow revenue and profit for the future.  The unfortunate losers will be those who stick their heads in the sand, and assume that nothing will ever change.