Skip to content
Home / If you don’t want to know the future, look away now

Next week, I will publish my annual Budget Outlook, covering the 2021-2023 period. It will highlight how the pandemic is accelerating major paradigm shifts in society, politics and the global economy.

I have been publishing these Outlooks since 2007, and they disprove the idea that forecasting is a waste of time.  They highlight instead that most “forecasts” aren’t really forecasts.  They simply assume current conditions will continue – with just a few minor changes.

I don’t do this, as you will know.  Instead, I aim to give you my honest view of how things will develop.

One reason why honest forecasts are so rare is that – as I found when forecasting the subprime crisis, Brexit or President Trump’s win – is that most people don’t like the thought of change. So I often get told, “you don’t know what you are talking about” or, “you are always so negative”.

Then, when the forecast comes true, those same people rewrite history, claiming “well, of course, I always thought this would happen”.

But these frustrations are far outweighed by the positive responses from investors, business people and even governments.

Of course, I don’t only forecast at this time of year.  A more recent example was over Covid, where I was warning of the health and economic risks from early February: 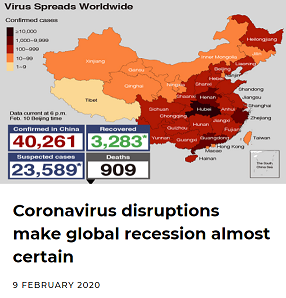 I continued to warn every week, adding what proved to be a prescient warning on 1 March that oil markets were about to collapse: 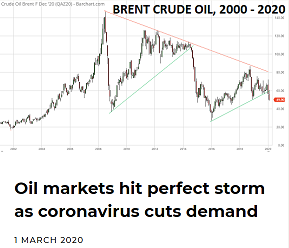 Many companies and investors have told me they benefited from my clear analysis. I am very grateful for their support.

THE HISTORY O THE BUDGET OUTLOOKS

Each year, before publishing the new Outlook, I always like to review my previous forecast. Past performance may not be a perfect guide to the future, but it is the best we have:

Last year, I focused on the New Normal world that I believed was starting to replace ‘business as usual’.  Today, there seems little doubt that it is arriving.  I will focus in more detail on what it might mean next week.