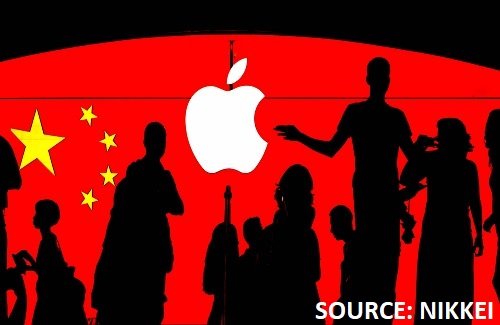 Apple has been the darling of the tech industry since Steve Jobs returned to save it from bankruptcy in 1997. Since Jobs’ death, Tim Cook has guided it to a record $2.8tn market value at the end of last year. But since then, the problems have been mounting as reality began to return: 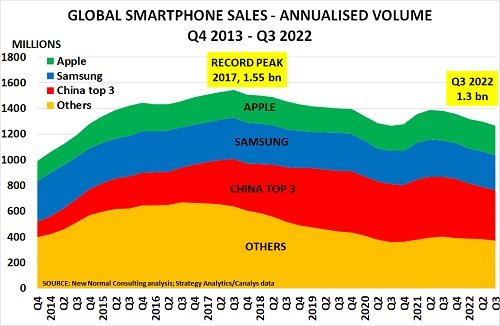 And now the problems are really beginning to mount, as the Financial Times warns:

“The broader picture for Apple and its suppliers is bleak. Global demand for smartphones and electronics is weakening this year. Lockdowns of the main iPhone production facility in China have caused damaging disruption. Operating costs are rising. That shakes the foundation of the business model of Chinese assembly and contract manufacturers which are run on razor-thin margins.”

One key issue is that Cook (who was head of Operations before becoming CEO) has focused manufacturing on China. 150 of Apple’s biggest suppliers are based there. And as The Economist notes:

“Mr Cook has maintained good relations with the Chinese government, obeying its requirements to remove apps and to hold Chinese users’ data locally, where it is available to the authorities.”

But the writing is now on the wall for this policy as the New York Times reports:

“A smooth rollout for the iPhone 14 was the latest casualty of the growing difficulties of doing business in China. Beijing’s no-holds-barred approach to stopping Covid-19 and heightened tensions with the United States have forced Apple to re-examine major aspects of its business.”

Not only is Cook’s optimism over the outlook for the economy being questioned, but the Covid-related closure of Foxconn’s main plant in Zhengzhou could drop iPhone output by 30%. And Nikkei report that iPhone production costs have already soared 20% versus the iPhone 13 range. 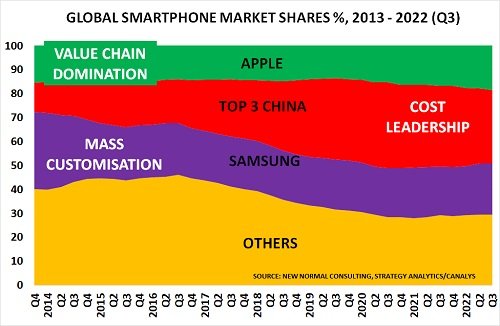 As I warned here in May, sales in the important Chinese market are also slowing fast along with the economy. Bloomberg report they are down 33% by comparison with the iPhone 13 rollout. And the pressure for major price cuts on the standard models is mounting as low-cost competition mounts:

“Even a few percentage-points price cut would not help the demand for the non-Pro models given unattractive price/performance, a growing used phone market and weak consumer sentiment.”

As the chart shows, Apple retains a strong position in the top-end of the smartphone market. And demand remains good for the most expensive Pro series. But times are hard, and getting harder:

Apple symbolises the major changes underway in the economy. Its stock price is in decline as central bank stimulus disappears. And its profits are threatened as pressure builds on its supply chain and pricing.