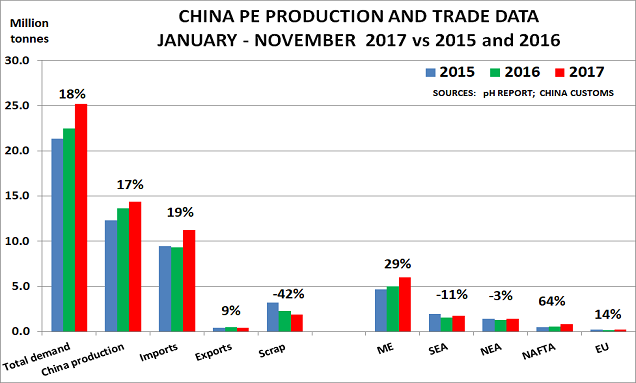 It is almost a year since Donald Trump became President.  And whilst he has not followed through on many of his promises, he has indeed introduced the major policy changes that I began to discuss in September 2015, when I first suggested he could win the election and that the Republicans could control Congress:

“In the USA, the establishment candidacies of Hillary Clinton for the Democrats and Jeb Bush for the Republicans are being upstaged by the two populist candidates – Bernie Sanders and Donald Trump….Companies and investors have had little experience of how such debates can impact them in recent decades. They now need to move quickly up the learning curve. Political risk is becoming a major issue, as it was before the 1990s.”

Many people have therefore had to go up a steep learning curve over the past year, given that their starting point was essentially disbelief, as one commentator noted when my analysis first appeared:

“I have a very, very, very difficult time imagining that populist movements could have significant traction in the U.S. Congress in passing legislation that would seriously affect companies and investors.”

Yet this, of course, is exactly what has happened.

It is true that many of the promises in candidate Trump’s Contract with America have been ignored:

Yet on areas that impact companies and investors, such as trade and corporate tax, the President has moved forward:

These are complete game-changers in terms of America’s position in the world and its trading relationships.

Over the decades following World War 2, Republican and Democrat Presidents alike saw trade as the key to avoiding further wars by building global prosperity.  Presidents Reagan, Bush and Clinton all actively supported the growth of global trade and the creation of the World Trade Organisation (WTO).

The US also led the world in environmental protection following publication of Rachel Carson’s ‘Silent Spring‘ in 1962, with its attack on the over-use of pesticides.

Clearly, today, these priorities no longer matter to President Trump.  And already, US companies are starting to lose out as politics, rather than economics, once again begins to dominate global trade.  We are returning to the trading models that operated before WTO:

Trump’s policy is instead based on the idea of bilateral trade agreements with individual countries, with the US dominating the relationship.  Understandably, many countries dislike this prospect and are instead preferring to work with China’s Belt & Road Initiative (BRI, formerly known as One Belt, One Road).

US POLYETHYLENE PRODUCERS WILL BE A CASE STUDY FOR THE IMPACT OF THE NEW POLICIES
US polyethylene (PE) producers are likely to provide a case study of the problems created by the new policies.

They are now bringing online around 6 million tonnes of new shale gas-based production.  It had been assumed a large part of this volume could be exported to China.  But the chart above suggests this now looks unlikely:

Sadly, it seems likely that 2018 will see further development of such trading blocs:

US companies were already facing an uphill task in selling all their new shale gas-based PE output.  The President’s new trade policies will make this task even more difficult, given that most of it will have to be exported.

The post US PE exports on front line as Trump changes trade policies appeared first on Chemicals & The Economy.