Skip to content
Home / What If 3D Printing Was 100x Faster? | TED Talks 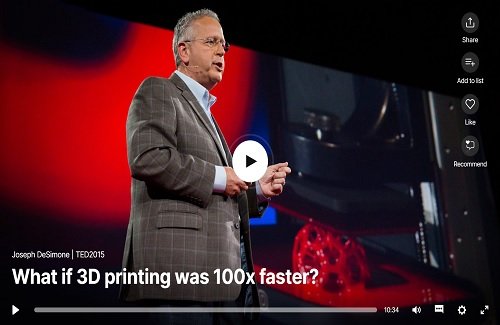 Major change is underway in manufacturing and supply chains.  China’s slowdown has exposed the myth that its demand would support ever-increasing production of commodities such as metals and oil.  As the Financial Times reported yesterday:

“Back in the summer, Glencore’s combative chief executive Ivan Glasenberg led a chorus of mining executives in blaming speculative funds for driving down the price of metals, despite what they claimed was strong demand.

“Four months later there is still no end in sight for the price collapse, even as those same miners have cut production in an effort to tighten supply. Commodity indices are now trading down at the levels they were before the China-driven supercycle started in the early 2000s”

This, of course, is the Great Unwinding of policymaker stimulus in action.  It raises major questions for any business seeking to adapt to the New Normal world, as we plan to cover in the 5 Critical Questions Study with ICIS.

As a result, companies need to look for new business models, which will allow them to innovate and grow their businesses, without taking on enormous financial and market risk.  Instead, they need to be able to develop small-scale pilot projects, which can then be rapidly scaled up when successful:

One exciting feature of these developments is that the pace of change is accelerating, as this TED talk from Prof Joseph DeSimone highlights.  He describes how 3D processes are now speeding up quite dramatically – with targets of being 25x – 100x faster that currently.

His talk also highlights how 3D processes are close to being able to use polyesters, polyurethanes and other common materials.  This confirms yet again that companies who focus on building new business models to exploit these new technologies will likely be big winners in the New Normal world.